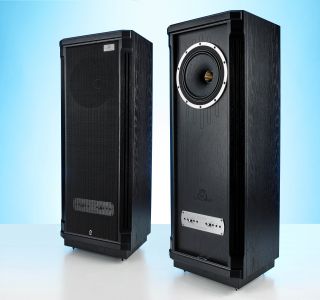 In a week where we published a glowing five-star review of Tannoy's Eclipse 3 floorstanders, Music Group has announced its intention to make around 70 Tannoy employees redundant from its Coatbridge plant in Scotland. These redundancies will mean the closure of the plant, with the production of Tannoy speakers moved to Music’s new manufacturing facility in Zhongshan, China. R&D and marketing activities will be moved to Music’s Innovation Centre in Manchester, UK.

Music Group, based in the Philippines, but with offices around the world, acquired Tannoy, a name synonymous with loudspeakers and a company celebrating its 90th birthday this year, in April 2015 from its former owner TC Group. At the time, Music Group founder and chairman Uli Behringer said: "We will invest heavily in positioning TC Group's brands at the very pinnacle of the industry."

The announcement was made to employees today, 29th April. Peter Sommer, senior vice-president Lifestyle & Home, said: “Following an extensive evaluation of our operational and financial structure, we have taken the difficult decision to propose that the staff in our Tannoy manufacturing and office facility in Coatbridge are dismissed as redundant, which, if confirmed would see the facility closed.”

Tannoy sales, orders and deliveries remain, we are told, unaffected.

See all our Tannoy reviews