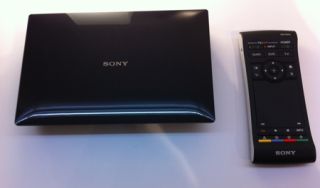 It looks as if Google TV, already available in the US, will now be coming to Europe this September in the form of two Sony set-top boxes.

Sony's marketing director for France has revealed details of the launch, including pricing, with the basic set-top box likely to cost €200 and the Blu-ray version €300 in Europe.

However, as we discovered on a recent trip to Sony HQ in Tokyo, the flagship NSZ-GP9 with Blu-ray player will cost around £300 in the UK, so we expect the streaming-only NSZ-GS7 model to come in at around £200.

Both models will initially be launched in the UK, France, Germany and Spain.

Each will feature a Google Play button on the remote to grant quick access to Google’s apps, films, games and music store. They will also come packing Sony’s Music Unlimited and the OnLive Viewer app for gaming.