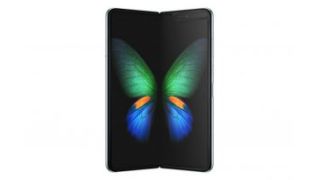 Samsung has completed a two-month redesign of its problematic foldable phone, the Galaxy Fold.

The world's leading smartphone manufacturer has spent the time redesigning and resolving issues with the device – which early recipients had found had been breaking as display film peeled off – and is now in the final stages of producing a commercial version.

As reported by Bloomberg News, "people familiar with the matter" at Korea's biggest firm say makers have now stretched the protective film (which, if removed, causes screen malfunctions) around the entire screen, flowing into the outer bezels and thus make it impossible to peel off by hand. The hinge has apparently also been re-engineered to be flush with the display and so helps stretch the film further when the phone is opened.

This tension apparently makes the film feel harder and less detachable, and may help reduce the chance of a crease developing in the middle of the screen over time, according to Samsung developers.

Speaking at a press conference in Seoul, South Korea, Samsung's CEO, DJ Koh, said of his earlier decision to go ahead with the release of the Galaxy Fold: "It was embarrassing. I pushed it through before it was ready."

Under pressure to release a model to rival Huawei's Mate X folding phone, Koh added: "I do admit I missed something on the foldable phone, but we are in the process of recovery. More than 2,000 devices are being tested right now in all aspects."

An official release date of the £1,800/$1,980 device is still yet to be announced, but we will bring you our review as soon as we have it.

MORE: Best smartphones 2019: The best phones for music and movies