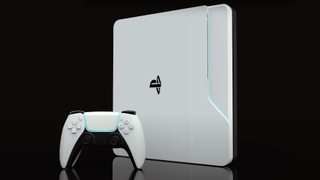 Update: Japanese publication Famitsu has now received confirmation by Sony Japan that the mention of an October release in the job advert is inaccurate. "It was due to a mistake in the recruitment site, not the content that was written by our company," the Google-translated comment reads. As part of its fiscal earnings report published today (13th May), Sony confirmed that "development is progressing with the launch of the console scheduled for the 2020 holiday season". As you were, then.

Original story: In October, Sony put months of PS5 release date rumours to rest by confirming that its next-gen console would arrive during "Holiday 2020" – towards the end of this year, then, around Thanksgiving and Christmas.

A Japanese job listing by Sony Interactive Entertainment says that the PlayStation 5 will be launched this Octoberhttps://t.co/YKuWtllIc0 pic.twitter.com/aSp1Aev3AHMay 12, 2020

If that's the case, the console's rumoured unveiling event, 'Playstation Meeting 2020', could be as early as September.

Sony recently alleviated fears of any delay to the PlayStation 5's 'Holiday 2020' release date, although it's been reported that we could see 'far fewer' console units produced in its first year than with previous PlayStation consoles at launch.

The PS5 is also expected to carry a premium price tag of around £499/$499, with a Bloomberg report citing that the cost of manufacturing the console could be as high as £350/$450 due to expensive components, such as DRAM and NAND flash memory.

Price and release date aside, what can we expect from the Sony PS5? Will it be an 8K machine? Will it still play discs? Find out all the confirmed information – and the rumours – in our PS5 news round-up.