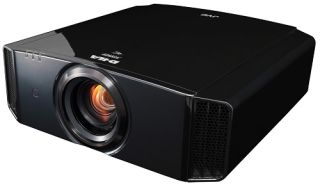 The new D-ILA projectors promise to deliver "substantial improvements in image quality" thanks to upgrades to JVC's e-shift technology, Intelligent Lens Aperture and support for 4K (60p) signals. Both the X900 and X700 are ISF certified to boot, with THX 3D certification pending.

The sixth-generation of JVC's D-ILA technology claims to have "a pixel gap that's 40% narrower than the previous chip", so that should mean a smoother picture. A 10% improvement in light efficiency boosts the light output to 1300 lumens, too.

There's also a new smartphone app that promises remote control of the projectors, including picture setting adjustments, which sounds interesting.

Look out for the three new JVC projectors in November, we look forward to bringing you reviews of the new projectors as soon as we can get our hands on them.