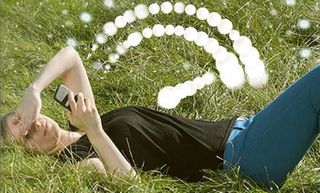 EE, the UK's first 4G network is now available in 62 towns and cities in the UK, covering more than 50% of the UK population, after 4GEE launched in 12 new places today.

EE says it aims to launch 4G LTE in at least another 18 towns and cities by the end of June, bringing the total number of places to 80, and aims to cover 70% of the population by the end of 2013.

EE announced at the start of the month that it would be doubling speeds for its 4GEE customers in 10 towns and cities, offering a theoretical peak speed of 80Mbps.

This was in preperation for network traffic increasing by up to 750% over the next three years, according to EE, due to HD video streaming, sharing and downloading.

EE is currently available on a fairly wide variety of 4G phones, including the iPhone 5, HTC One and Samsung Galaxy S4.

Currently the only 4G LTE service in the UK, other networks are expected to go live this summer following the confirmation by Ofcom of the UK 4G timetable.

Five winning bidders, EE, 3, BT, O2 and Vodafone, were announced in February as the winners for the new 4G spectrum, which uses the new 800MHz and 2.6GHz frequency bands.

After initial concerns, the phone companies have been at pains to promise this new 4G bandwidth won't affect existing Freeview TV signals.