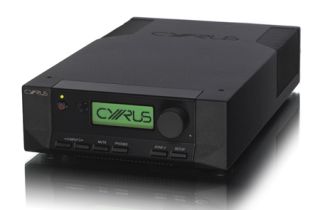 A "clear shift in the market" has led Cyrus Audio to develop a new range of hi-fi separates in the sub-£800 sector, making its UK debut this weekend at the Bristol Show.

"Last year Cyrus decided to initiate R&D projects that would enable the company to stretch the model range back down into the larger, sub-£800 market we used to occupy, but abandoned as we pushed our development team to deliver ever higher-quality models," says Cyrus managing director Peter Bartlett.

Other, existing CD models in the range are 'repositioned' to bring their prices more into line with the new amplifiers. So the CD XT SE2 transport drops to £1500 and the CD 8 SE2 to £1200.

Watch our video news report on the new Cyrus range

All the 'SE2' models use Cyrus's second-generation service code delivering a more accurate data stream from the optical drive, the company claims.

And the new modular amplifier platform is developed from the XP range, but using new audiophile components that were not available when the XP models were introduced.

Two power options are available on the amplifiers: 2 x 40W or 2 x 70W. Owners can further upgrade them by adding an optional five-input DAC card, while the DAC models can be upgraded to a higher spec Qx 192kHz upsampling version.

In addition, you can add an outboard PSX-R power supply to the 8 series to further enhance their performance.

Shared features across the new range are:

• Choice of black or silver finishes