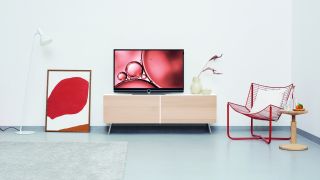 Loewe’s bild 2 range of televisions is now available in Australia through Indi Imports, in another indication of the revival of the German brand as it comes under the new control of Cyprus-based international investment company Skytec.

The bild 2 television comes in 43-inch and 49-inch options, both using 4K LED-E-backlit LCD panels supporting HDR and wide viewing angles, together with Loewe’s usual level of intelligent interfacing including Loewe’s app for smartphone and tablet, and compatibility with Alexa voice control.

The bild 2 models also have integrated sound systems which benefit from the corrective audio processing of Mimi Defined.

Indi Imports also emphasises their style and versatility in being not only wall- or bench-mountable but also paired with one of Loewe’s attractive floorstands for free-standing positioning anywhere in a room.

New fruits from the new Skytec relationship are on a promise for announcement at IFA 2020 in September, including entirely new product categories for Loewe, one of which is likely to be smartphones.

“Skytec has immense experience in repositioning already powerful brands such as Blaupunkt and Sharp”, notes Vladislav Khabliev, CEO of Skytec, referring to the 2016 business alliance between Skytec and Sharp to promote the manufacturing and sale of Sharp-branded products and services in Europe.

Khabliev has also said that it will maintain and possibly expand Loewe’s longstanding facilities at Kronach, Bavaria, while Loewe’s relationship with technology partners such as LG Display, which provides OLED panels, and Hisense, which has been in partnership with Loewe since 2013, “should remain in the future and even be expanded”.

Meanwhile the existing range of audio and video products remain available in Australia through Indi Imports, with the 43-inch bild 2 selling for AU$2,499 and the 49-inch for AU$2,999.