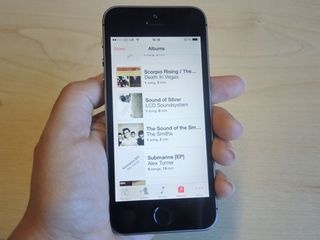 Apple iOS 7, the latest version of the Apple software for iPhones and iPads, proved every bit as popular, with more than 200 million iOS devices now running the software – the fastest software upgrade in history, according to Apple.

However, it wasn't all good news – users have reported unofficial Apple accessories, such as cheap Lightning cables, no longer working after users update phones and tablets to iOS 7. Apple also pulled an update to its Apple TV box after some reports of the update 'bricking' Apple TV boxes.

Apple's iOS 7 update warns users that, "This cable or accessory is not certified and may not work reliably with this iPhone."

An industry source that works closely with Apple accessory manufacturers told whathifi.com: "This is all part of Apple clamping down on non-licensed product (see also its recent charger trade-in).

"Any official Lightning product that has been through the Apple testing/authentication process – and carries the 'Made for iPhone/iPod' etc badges to prove it should work fine.

"Gaining official Apple certification takes time and money, which is why it took time for Lightning products (whether dock units or chargers etc) to become available on the market, and why - because of that chipset – they cost noticeably more than their 30-pin equivalents."

So we'd advise anyone to be wary of this when upgrading to iOS 7 if you're not using official accessories. iOS 7 is available on iPhone 4, iPad 2 and above.

Tim Cook, Apple CEO, heralded the success of the new iPhones: "This is our best iPhone launch yet – more than nine million new iPhones sold – a new record for first weekend sales."

Apple sold out of its initial supply of the iPhone 5S, the new flagship Apple phone, with the delivery date on this model now put back to "October" on the Apple Store. The 5C is still available for dispatch within 24 hours.

iTunes Radio, which also launched officially with iOS 7 in the US, is already claiming 11 million unique users, though as it's a free service there's no way of discerning to what extent those users have used the service.

Apple is expected to follow-up the launch of the new iPhones with new tablets, with an iPad 5 and iPad Mini 2 widely tipped for release next month.