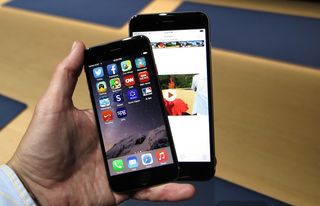 Apple sold more than 61 million in iPhones in the three months ending 28th March 2015, up 40% year-on-year, helping Apple to break its previous earnings record for Q2.

The company posted record revenues for the quarter of just over $58 billion, up 27% on the same period in 2014, fueled by demand for the iPhone 6 and iPhone 6 Plus.

Apple iPod sales are no longer broken out individually but revenues from iPod, Apple TV, Beats and other Apple-branded and third-party accessories were down 10% this quarter compared to Q2 2014.

For the first time, China was Apple's second-biggest market by revenue, bringing in $16.8 billion. This compares to $21.3bn in the Americas and $12.2bn in Europe.

Tim Cook, Apple CEO, said: "We are thrilled by the continued strength of iPhone, Mac and the App Store, which drove our best March quarter results ever. We’re seeing a higher rate of people switching to iPhone than we’ve experienced in previous cycles, and we’re off to an exciting start to the June quarter with the launch of Apple Watch."

Apple declined to give sales figures for the Apple Watch but did confirm demand was greater than supply, and that Apple was "working hard to remedy that".