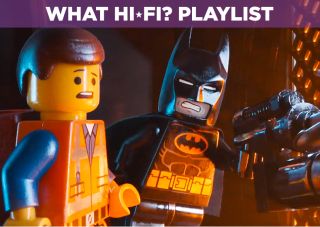 Everything is awesome. Those words will bounce around your head for days, and not just because they’re the lyrics to the world’s catchiest theme tune. The vibe of The Lego Movie is so relentlessly upbeat that, by the time it’s over, you may believe everything is, indeed, awesome.

How on earth do you make a compelling movie about toys? Many have tried and failed embarrassingly, with the likes of Transformers and Battleship failing to convey any sense of childish glee. The Lego Movie differs by making no excuses. Lego is about interchangeable bricks and figurines. The film embraces the spirit and runs wild with it.

The result? An unexpected gem. This is one of the most creative and original pieces of animation since Toy Story, even if it looks more than a little childish. The flexible nature of the toy allows for a highly inventive approach.

As with a bucket of bricks, there are no rules. What follows is a story that mixes the Old West with spaceships, and Batman with Abraham Lincoln. Rarely has there been an adventure so hilarious and gleefully surreal.

Unexpectedly, the film’s real strength lies in its maturity. It’s taken the chance to satirise almost everything from overpriced coffee to inane music and society’s ‘instructions’.

Soon ‘everything is awesome’ seems less pop song, more propaganda. Childish romp or social critique? The Lego Movie is many things, often all at once. Above all, it is an ode to freedom and unbridled joy. It may be for kids, but it is adults who will benefit most from watching it.

Unsurprisingly, this is one dazzling picture. From the burnt orange of the desert sun to the emerald green of Middle Zealand, the vibrant palette constantly changes and every hue is used. There is microscopic detail in everything – even a fingerprint on a character’s high-vis jacket, or the seams left by injection-moulding.

The mix of CGI and painstaking stop-motion gives every part a tactile quality, taking the whole toys-coming-alive thing to heights previously scaled only by Pixar. Plastic has never looked so good. The sound is good too: the clicking of plastic tiles is a delight in DTS-HD Master Audio 5.1, and the energetic soundtrack offers plenty of bass.

The Lego Movie is a technical and creative masterpiece. You’ve seen nothing quite like it, and you won’t any time soon. One more time: everything is awesome...