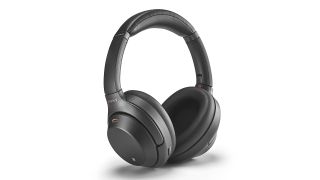 Anyone looking to buy a pair of premium noise-cancelling headphones is likely to have a pair of Sony WH-1000XM3s on their radar.

These excellent wireless headphones have dominated the market for the last year or so thanks to their fantastic blend of comfort, fantastic noise-cancelling and sensational sound quality.

If you’ve bought a pair or are thinking of taking the plunge how do you make sure you get the most out of these five-star over-ear headphones? What do you need to know before you buy a pair?

We’ve rounded-up a selection of basic tips, tricks and general pointers to help you get to grips with these Award-winning headphones.

How to pair the Sony WH-1000XM3 headphones

Press the power button on the left earcup and the headphones should automatically start their pairing mode.

If you’re already paired to one device and you want to add a second, you’ll need to press and hold that power button to nudge the pairing mode into life. A voice will point out that you’ve started Bluetooth pairing and at this point, you should be able to select the WH-1000XM3s from the Bluetooth menu on your device.

Alternatively, if you want to pair them to a smartphone via NFC, you simply hold a compatible smartphone next to the left earcup, which has a small NFC logo on the surface.

While the headphones are charging, press the power and NC/Ambient buttons simultaneously. This will reset the headphones and you should be able to start pairing to all your devices from scratch.

Once you’re paired via Bluetooth, the WH-1000XM3s are ready to go. However, if you want to access all their features and functionality, you’ll need to download the Sony Headphones Connect app for iOS and Android.

Through the app you can access the built-in equaliser if you want to tweak their sound, enable Adaptive Sound and Ambient Sound features and even set the headphones up to play music encoded in the Sony 360 Reality Audio format.

You can also make the Sonys prioritise connection quality over sound quality should you be suffering Bluetooth dropouts.

How to charge the Sony WH-1000XM3 headphones

The headphones come with a USB-C charging cable which plugs into the socket on the bottom edge of the right earcup. It’s quite a short cable, which can be a hindrance when your power sockets are tucked away but other compatible USB-C cables will also be able to to charge them.

How to update the Sony WH-1000XM3 headphones

There are two ways to update the Sonys. It can be done manually or automatically, but either way, you’ll need to go through the Headphones Connect app.

If you go down the manual route, you’ll be notified when a Sony WH-1000XM3 update is available and then be prompted to download it in the app. It can then be transferred from your device to the headphones. Alternatively, opt for automatic updates, and any available firmware should download in the background and automatically transfer to the headphones next time they’re removed from their case. Be aware that your headphones will need to be at full power, or plugged into the mains, to guarantee you’ve got enough battery for the whole process.

Before you go ahead with an update, it could be worth going onto the internet to see if anyone’s reported any potential issues. You can always hold back until any problems are ironed out.

How to check the battery life on the Sony WH-1000XM3s

At any point when you’re using the headphones, tap the power button and the voice guidance will give you an approximate percentage.

Also, keep an eye on the LED next to the power button, as it will also give you a couple of hints as to the status of the built-in battery. It will flash blue twice if there’s plenty of listening time left in the battery and flash red three times if the battery level is low enough for the WH-1000XM3s to require a top-up.

Depending on the device you’re connected to, you should also be able to see a battery indicator on-screen, which will indicate up to ten different levels of remaining battery life.

If you’ve downloaded Sony’s Headphones Connect for iOS and Android devices, you can also see the battery status on the home screen as soon as you fire it up.

How to maximise battery life for the Sony WH-1000XM3 headphones

The battery life that you get from the Sony WH-1000XM3 headphones, like many models on the market, can depend on a number of things: the volume of your music, the codec format you’re listening to, and the number of features you’re using on the headphones, to name but a few.

Take Sony’s DSEE HX sound processor. This processing engine can be switched on or off via the Headphones Connect app, but we believe the WH-1000XM3s sound better with it turned on. The trade-off here is that battery life is reduced from 30 to 18 hours if you use this feature and have both noise-cancelling and Ambient Sound turned on (and you listen to files encoded in AAC). Turn the DSEE HX processing off and you should get closer to 22 hours. You'll get the full 30 hours if you also turn off the Ambient Sound mode.

What is Sony NC Optimiser? How does it work on the Sony WH-1000XM3s?

One feature you should really take advantage of on the Sonys, is the built-in NC Optimiser. Sony’s designed this piece of auto-calibration software to optimise the noise-cancelling of the headphones based on a number of different factors, such as the shape of your face, your hairstyle and whether or not you wear glasses. It can even take into account the pressure change in an airplane.

So, we'd definitely run the NC Optimiser before you use the headphones for the first time and also once you’ve reached altitude on an aeroplane. Just remember you’ll need to run the Optimiser one more time when you’re back on terra firma.

Like the Sony WF-1000XM3 wireless earbuds, it’s a shame that the Sony WH-1000XM3s are neither waterproof nor splashproof. While this shouldn’t be a problem for day-to-day use, this isn’t really a pair of headphones we’d recommend for exercise. While they’re a comfy fit, the level of grip on offer doesn’t really suit energetic movements. Feel free to try them out, of course, but our list of the best sports headphones probably has something more suitable.

Are the Sony WH-1000XM3 headphones worth the money?

These Sonys cost around £330 ($350) when they launched back in 2018 and have slowly but steadily dropped in price to the point where you can now find some excellent Sony WH-1000XM3 deals.

And with their rumoured successors, the Sony WH-1000XM4, already in the pipeline, prices may only get cheaper in the coming months.

Regardless, the WH-1000XM3s set a new benchmark for noise-cancelling and sound quality and won both 2018 and 2019 What Hi-Fi? Awards in recognition of their excellent all-round appeal, so if you do buy a pair, you won't be disappointed!

Best headphones with a mic for voice and video calls

Sony WH-1000XM3 vs Bose Noise Cancelling Headphones 700: which is better?