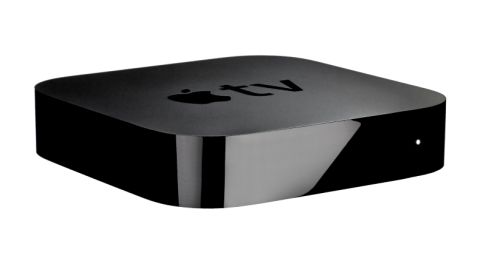 The ideal streaming partner for Apple users, but not much choice for anybody else

It is a truth universally acknowledged that Apple will always do its own thing. Take media streamers, for example. This sector has changed a great deal in the last year alone, but the folks at Cupertino have done little to the Apple TV.

The company simply calls this the Apple TV. Its real name is the Apple TV (3rd generation) Rev A. That is to say, this is a slightly tweaked version of the Apple TV released in 2012. Its chipset has been redesigned to use less power. It costs less to produce, and the retail price has come down a little.

Essentially, this is a device launched about three years ago. Is it a fossil, or a timeless design?

First, some ground rules. This is Apple, so things inevitably fall a certain way. The priority is iTunes and Apple devices. If you don’t have an account, or a Mac computer, or an iOS device, you will not get the most out of the Apple TV.

This is Apple’s way, which contrasts with the Google Chromecast’s welcoming approach to iOS and Android devices alike. It’s frustrating, but not surprising. If you’ve joined the club, you’re in for VIP treatment.

The Apple TV can play anything and everything you’ve bought through iTunes. You can also mirror the screen of your Mac or iOS device using Apple AirPlay over your home’s network.

The latest firmware allows direct AirPlay between the Apple TV and devices running either iOS8 or OSX Yosemite – with no need for a network. If that’s not enough for you, you can buy or rent films, shows and music right there on the Apple TV.

The shop front is right at the top of the screen, in a carousel. You have access to Apple’s entire library right there, so you can watch until you dry out your eyes (or bank account). Video quality is good, going up to 1080p.

You also get Dolby Digital 5.1 passthrough, where applicable.

Tired of iTunes? There is… not much else. The app offering is meagre compared with others here. The only stars are Netflix, Now TV and YouTube. We are well familiar with Apple’s ‘walled garden’ approach, but it’s hard not to be frustrated in this age of choice.

And it’s not like you can bring your own bottle to the party, either: you can’t stream from your networked computer or NAS drive, nor add a USB stick.

The device has the following ports: power, HDMI out, microUSB (for service only), optical out, and ethernet. There’s wi-fi too. Naturally build quality is faultless, and it gets better still when we caress the remote control, a minimalist wand of aluminium.

Operation is typical of Apple: super-slick (although set-up and firmware updates are fiddly).

The Apple TV is a gorgeous piece of kit, and for those who have bought into Apple’s way everything is lovely.

But we don’t think that’s enough anymore, especially when similar money buys more versatile options, such as the Roku 3. Loosen up, eh, Apple?