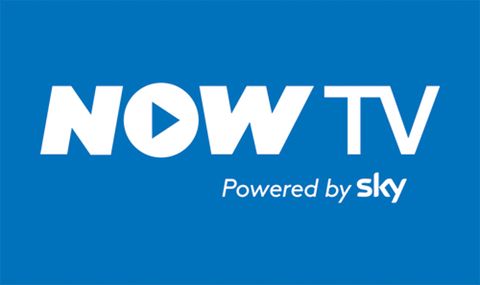 Great way of getting latest content without expensive individual purchases

Sky subscription has been a big thing for a long time, but it’s never been the most accessible service.

It’s pricey for starters, and not everyone has access to a satellite dish. The company has had to fight harder than ever to keep customers defecting in the hunt for convenience.

And so Now TV was born: a more affordable way to enjoy otherwise exclusive goodies, without the hassle of installation. It’s a subscription-based service, with on-demand thrown in.

Where Amazon and Netflix offers you a massive library, Now TV offers you ‘passes’ to different content.

The catalogue is an unusual beast. There are approximately 800 films, with an emphasis on more recent releases, although there are plenty of classics too.

The unique selling point here is that you get the latest releases as they hit Blu-ray and DVD, long before ‘regular’ subscription services.

Django Unchained, for instance, is nowhere to be seen on Netflix or Amazon Prime Instant Video. The same applies to TV shows, only it’s more enticing.

Content is from major channels: Sky 1, Arts, Living and Atlantic; ABC and Comedy Central. Alongside the entirety of big hitters (24, Futurama, Modern Family) you get some of the latest shows before they’re on disc.

At the time of writing, True Detective was available two months early. We also like the access to live TV – it’s basically a regular Sky package made easy.

Occasional licensing issues mean some programmes aren’t available, but thankfully the latest Game of Thrones and Mad Men are not affected. In a way, it means you can watch similar content as people paying over £20 a month.

A Sky Movies Month Pass will give the user 30 days of unlimited access to a library of films for £8.99 – as well as the ability to live-stream movies.

A Sky Entertainment Month Pass is available for an introductory price of £4.99 and gives you 30 days access to TV programmes.

This introductory price won’t last for long, with Now TV announcing that it will go up to £6.99 from the 29th May 2014. The Sky Movies and Entertainment passes will renew automatically (and incur another monthly fee in doing so) but the Sky Sports pass is only available for the 24 hours you buy it for and won’t automatically renew itself.

In terms of compatibility with other devices there is currently a deal in place for LG to have exclusive rights to the smart TV app.

Elsewhere, you will find it on computers, PS3 and Xbox 360 consoles (it’s due to arrive on the PS4 by the end of the summer too), Android and iOS devices, Youview boxes, Roku boxes and Sky’s own Now TV box.

You can register up to four devices and use two at the same time.

Time for some complaints – first off: the interface. It’s attractive, but not easy to use. If a TV show doesn’t happen to be on the home page carousels, you must scout around the channels.

There’s a search box, but this is next-to useless. Look for 24 and you’re not given the excellent thriller starring Kiefer Sutherland, but instead episode number 24 of other shows. It makes the process more of a hassle than needs be.

Then there’s the quality of streams. The most you get is 720p resolution and stereo sound.

And that only applies when you stream catalogue content through a TV – it’s standard definition everywhere else.

Live TV, meanwhile, is only in SD. It’s worth noting that occasionally you get Sky adverts, typically one per TV episode.

Now TV has some brilliant ideas and a few daft ones, but ultimately it offers enough to differentiate itself from the pack.

You get to choose between movies and TV shows, or take both and still pay less than a regular Sky subscription. And we love the early access to some of the best content around.

Sky just needs to smooth out a few edges and this may become essential viewing.