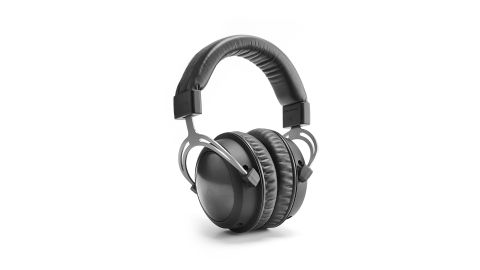 These Astell & Kern headphones are good, but not great, and in a competitive premium headphone market, they need to sound better

Astell & Kern has teamed up with Beyerdynamic to deliver the AK T5p 2nd Generation headphones, a pair of closed-back over-ear headphones based on Beyerdynamic’s T5p model.

If you’re spending secondhand car money on a pair of headphones, then you’re probably entitled to expect something that looks and feels pretty special. Beauty is in the eye of the beholder, of course, but the AK T5p 2nd Gens look understated to the point of being underwhelming. We’re all for sleek minimalism, but these headphones don’t really look like a high-end product.

They look similar to some of Beyerdynamic’s headphones, but having been impressed by the bold design of Astell & Kern’s smart hi-res music players, we had hoped for more.

In terms of fit, the T5ps enclose your ears nicely and sit comfortably on your head, thanks to soft cups and a thick leather headband. There’s just the right amount of give, rotation and flexibility in the cans, and they do a good job of isolating noise.

There’s a balanced 2.5mm audio cable (and a bundled 3.5mm adapter), which is ideal for machines such as the Astell & Kern Kann, complete with its dedicated balanced output. It’s a detachable cable so there’s no issue should you need to replace it. The cable itself is rather smart, with its silver hybrid construction making for an eye-catching and sturdy connection.

Inside the earcups, you’ll find Beyerdynamic’s now familiar ‘Tesla technology’ design. That means off-axis, angled drivers, aimed slightly back into your ears and accompanied by strong motor systems, which the company claims are more efficient.

With the T5p 2nd Gen headphones, Astell & Kern says it aims to deliver “peerless clarity across all frequencies, plus excellent bass reinforcement”. And as we play our first track, we instantly become acquainted with that reinforcement.

The deep bass strings on Dr Dre’s Still D.R.E. certainly have power and weight, but it’s clear we’ve sacrificed a fair degree of subtlety as a result. Bass notes sound somewhat lumpen and lifeless, and even further up the sonic spectrum, the harmonics in the track’s famous piano keys are difficult to hear.

We switch to Countach by Butch and what should be a fizzy, upbeat 4/4 dance track sounds a little pedestrian, weighed down by bass notes which are big and boomy, but lacking in detail.

In less bass-heavy moments, these Astell & Kern headphones deliver a clean treble, clear midrange and an otherwise balanced delivery. Leonard Cohen’s Hallelujah is given the space it demands and his voice feels intimate, even if his baritone can’t help but highlight the headphones’ skew towards the bottom end.

The rousing chorus successfully imbues the sense of a church congregation in full voice and when it comes to delivering a wide soundstage, the AK T5p 2nd Gens make a fair stab.

Meet Me Under The Clock by Cristina Spinei is a good test of timing and dynamics, as well as just how faithfully your equipment can deliver orchestral sounds. While the Astell & Kerns sound natural, you can hear more detail and dynamics in the strings and percussion from rival (and now more affordable) headphones, such as the semi-open-back Beyerdynamic T1 Generation 2s, or even the closed-back Audio Technica ATH-A2000Zs.

Yes, there’s more weight and power on offer here, and they can deliver scale, but we want that extra insight for a more engaging listen.

Astell & Kern claims these headphones have been specifically tuned to work well with the company’s range of portable music players. We listen with the Astell & Kern Kann and the superb A&futura SE100 and using the balanced connection gives a notable jump in quality.

There’s an improvement in resolution and a shift in the tonal balance, making for a livelier sound with more attack. So if you have an Astell & Kern player with a 2.5mm balanced out, these headphones might be more enticing. But we still think you can get better sound for your money elsewhere.

The premium headphone market may not quite be at the saturated stage, but there are certainly plenty of options for the serious enthusiast who wants the ultimate at-home earphone experience. This means that while the Astell & Kern AK T5p 2nd Gen are good, ultimately they’re not great – and for this sort of money, that leaves them languishing.

If you already have an Astell & Kern music player, these headphones are worth investigating, but for pretty much everyone else, there are better value offerings out there.

Read all our Astell & Kern reviews