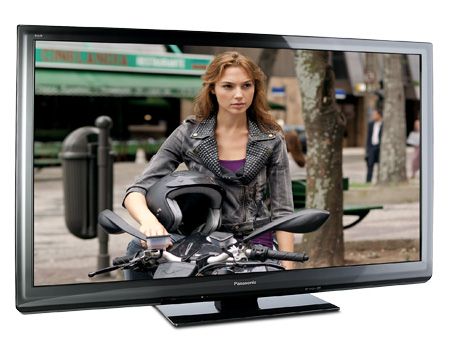 After its supernatural show of strength in our 2011 Awards (particularly for the GT30 series), Panasonic is back with a more modestly priced, more modestly specified contender. And back with the same clarity of purpose it’s been exhibiting all year.

The savings (this ST30 is a couple of hundred pounds less expensive than its Award-winning TX-P50GT30 relative) are evident from the spec-sheet.

This set does without the Freesat tuner, THX certification, wireless streaming and USB recording of its pricier sibling.

So as long as those features aren’t high on your wish-list (there’s a wireless dongle available at additional cost; and we’ve never been knocked out by the results of Panasonic’s THX mode), then exemplary big-screen performance is yours for less than a grand.

The ST30’s an impressive across-the-board performer. 3D images, while inevitably a trifle dim, are solid, virtually immune from cross-talk and, for an active-shutter system, not at all fatiguing. 2D Blu-ray images are brighter, handle motion equally well and draw from an extensive and entirely believable colour palette.

Accomplished DVD upscaler
As an upscaler of DVDs the TV is just as accomplished as Panasonic’s Blu-ray players, and pictures from the analogue and the digital TV tuners are vivid, low-noise and stable.

Even pictures streamed from the BBC’s iPlayer via the VieraCast portal are solid, bearing comparison with standard-definition TV broadcasts.

In every case, the Panasonic impresses with the depth and detail of its black tones, the smooth accuracy of its edges and its extensively detailed skin-tones and textures.

Contrasts are strong, too, and white tones stay crisp and clean even when sharing screen-space with inky blacks.

Sound is unashamedly so-so, and there’s no doubt you can buy a more dramatic-looking and decorative 50in TV than this – but in every other respect (the ones that really count) the TX-P50ST30 is an object lesson in how a big, affordable plasma screen ought to perform.