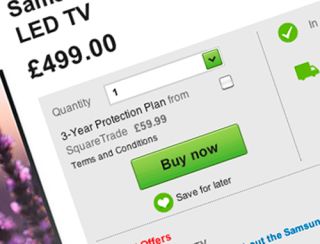 The UK electrical retail sector could be set for a "huge" online sales boost this summer as football fans upgrade their systems for the World Cup, according to IMRG and Capgemini.

Based on previous figures during major summer football tournaments, the duo are predicting a 30 per cent growth in online electrical sales this month as the action unfolds in Brazil.

According to the latest IMRG Capgemini e-Retail Sales Index, the football factor – combined with warm weather – has increased online electrical sales by 19 per cent during May.

And with the 2010 World Cup and the 2012 European Championships leading to sales increases of 26 and 35 per cent respectively, hopes are high for a similar result this summer.

IMRG Chief Information Officer Tina Spooner said: “Over the coming weeks, we expect to see a surge in sales of televisions and home entertainment systems."

Capgemini's Chris Webster added: "This month, [the e-Retail Sales Index] has illustrated just how influential large sporting events can have on the retail sector."

Among the retailers to contribute sales data to the Index are Sainsbury's and Tesco. It tracks sales defined as "transactions completed fully, including payment, via interactive channels".

If whathifi.com's recent virtual window shop is anything to go by, there are plenty of great deals on tech products that will help you enjoy the footballing festival without breaking the bank.