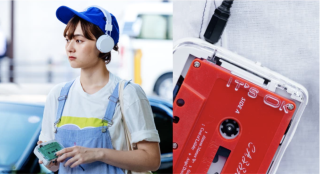 If you yearn for music with the hiss of magnetic tape in the background, but would like to listen to it through your Bluetooth headphones, for $63 (about £50) you can preorder the world's first Bluetooth cassette player.

It's 40 years since the first Walkman was sold and it seems the world's in a musical nostalgia frenzy – just take a look at this NINM Lab's Kickstarter project. The company's new IT'S OK Bluetooth 5.0 portable cassette player is already £5,000 over its goal, and there are still 31 days left to pledge.

As spotted by Gizmodo, NINM Lab is no stranger to upcycling old formats and re-releasing them into the modern world of tech. Its initial crowd-funded project, the Instant Magny 35, essentially turns 35mm cameras from Olympus, Nikon and even Leica into Polaroid-esque snappers, capable of immediately printing out Fujifilm Instax Square instant film shots.

The firm's current project turns its attention to tapes. The IT'S OK Bluetooth cassette player also has a jack for wired headphones, which is itself sadly becoming a little retro, and you'll even get given a 60-minute blank cassette tape into the deal.

The players aren't expected to be released until December, but that'll give us time to work out where you can actually buy cassette tapes these days... Anyone?