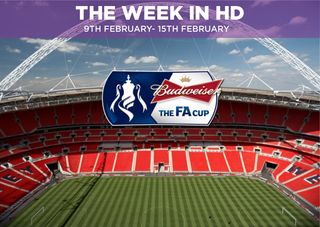 Luke Evans stars in this reboot of Dracula, which sees Evans' Vlad the Impaler give up his mortal life to rescue his kingdom from an invading Turkish army led by Dominic Cooper's warlord.

When all is said and done, Untold is a capable action flick that's more superhero origin than gothic tale and as our review points out; that's not a bad way to spend 90 minutes.

Jake Gyllenhaal's worst enemy is himself in his latest film, which reunites him with Prisoners director Denis Villeneuve. When Adam Bell (Gyllenhaal) spots a man in a film who looks exactly like him, he becomes obsessed with finding out who he is.

This leads to strange things happening that we won't spoil here. An odd and curious film.

Buy Enemy on Blu-ray at Amazon

Magic in the Moonlight

It's time for Woody Allen's annual holiday film, this time taking in the sights of France. Magic in the Moonlight stars Colin Firth, a magician asked to determine whether Emma Stone's medium is a fake.

A minor film from Allen, but an enjoyably one nonetheless.

Buy Magic in Moonlight on Blu-ray at Amazon

This HBO drama is stocked with a smorgasbord of character actors (Bill Murray, Richard Jenkins and Rosemarie DeWitt), and features Frances McDormand playing the title character in this four-part drama.

The mini-series covers a period of 25 years as Kitteridge, a maths teacher in a New England town, experiences problems with depression, bereavement and jealousy in her family. From what we've heard, this is very good.

A sort of Hunger Games for the XY chromosome, The Maze Runner strands a group of boys (and one girl) outside a gigantic maze, and somewhere within lies their hope of escape.

The story is borderline farcical (who on earth built this?) and the action scenes are full of the contractually obliged running with the film effectively ending on its knees, winded and coughing for sequel.

Worth a watch, but not a must-see.

Buy The Maze Runner on Blu-ray at Amazon

Daniel Radcliffe (Wallace) and Zoe Kazan (Chantry) are charming in the lead roles of What If, which sees them cast as two people who form an instant bond, but past and current relationships contrive to stop them from being together.

What If doesn't turn the rom-com genre on its head, but thanks to its engaging cast – including an on form Adam Driver – it's an enjoyable try.

Buy What If on Blu-ray at Amazon

Marrying both the old school and the new skool (sic), Wreck-it Ralph's take on gaming is an enjoyable one, even if it is ever so-slightly hamstrung by some predictable storytelling.

John C. Reilly voices Ralph, a villain in a video game who aspires to escape his programming and become a hero. It's a clever concept, with some great cameos of video game characters and it looks terrific.

What Happened and What's Going On? The Walking Dead is back and everyone still looks ragged and dirty. If TVs had smell-o-vision, we'd probably be pinching our noises.

What Happened… sees the series pick up after its mid-season finale, with Rick and the rest of the group discovering a detour that could solve their current plight.

This clash is typically full of goals, and the visitors arrive in good spirits after a terrific performance against Arsenal.

Both teams were involved in absorbing derbies on the weekend, with Spurs coming from behind to win thanks to two goals from Harry Kane. Considering Liverpool's paucity of striking options, they could do with hurri-Kane (or is that Harry-cane?)

Revenge of the Rogues. It's a Prison Break reunion as Heat Wave (Dominic Purcell) and Captain Cold (Wentworth Miller) provide Flash with some fire and ice. Will Barry being able to take them down?

Halloween II. It's Halloween in the 99th Precinct and that means the Peralta/Holt annual bet is back. This time Peralta has to steal Holt's watch before midnight. Elsewhere, Gina is kicked off her dance team, which leads to a confrontation with Terry about her poor attitude.

With the Crown requiring a male heir, the birth has put a now paranoid Anne in a precarious position.

This match finished a ridiculous 6-3 to Chelsea at the beginning of the season. Chelsea's recent form shows they're capable of doing that again, while Everton and Roberto Martinez have limped on, lingering around the bottom half of the table.

A result here could be the tonic they need.

Left Behind. Vinnie Jones makes an appearance as an intimidating – and apparently bulletproof – ruler of the Glades area.

In other news our hero is still missing, presumed dead, so Laurel Lance decides to fill the void by becoming the Black Canary. Is this a wise idea?

The killer is still on the loose but there's a possible suspect for Dan and Frank to investigate, while Morton uncovers a new piece of evidence.

Valerie Tries to Get Yesterday Back. Lisa Kudrow is Valerie Cherish, a former A-list celebrity looking to get back on top. After its revealed that Paulie G has a TV show in the works about his experience of working with her, Valerie has an awkward confrontation with him at a Golden Globes party.

Bish, Bash, Bosch. That's Detective Hieronymus 'Harry' Bosch to you and me, not the maker of kitchen appliances on that Dutch painter either.

Amazon take on Michael Connolly's book series as Titus Welliver stars as Bosch, a LAPD detective trying to solve the murder of a 13-year-old boy.

There's a twist, though. He's also standing trial for the murder of a serial killer.

We'll have a review of the first four episodes later in the week.

A sort of modern day take on a Cronenbergian body horror film, Aronofsky goes full tilt and somehow manages to make ballet look as exciting as it does graceful.

The low-light cinematography is terrific, as are the performances; Portman's descent into madness, meanwhile, is a compelling watch.

Waiting for the Man. It's the last episode of the series and it sees Constantine and Zed travelling down to the bayou to help out Detective Jim Corrigan find a missing girl. This also brings Constantine into the crosshairs of Papa Midnite who wishes to extract revenge on him.

England's win against Wales in the first game will have boosted their confidence, but they'll not want to get too carried away against Italy at Twickenham.

Is it squeaky bum time in the FA Cup yet. We reckon so. Liverpool travel to Selhurst Park and the result is by no means a foregone conclusion; Palace coming into the match on a decent run of form.

Wales will need to pick themselves up after last weeks defeat against England and the same applies to Scotland after their loss to France. Whoever loses this one will have an uphill struggle when it comes to winning the tournament.

A new three-part series based on the book by J.K. Rowling. Michael Gambon stars as a resident in the local village of Pagford, a community that's shocked when one of its own dies.

Not all is what it seems in Pagford though; despite the idyllic setting it's a village at war with itself.