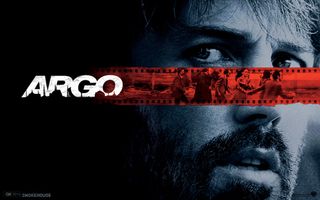 Hi everyone, welcome to The Week in HD - our guide to all the must-see hi-def TV shows, films, sports and Blu-ray releases to grace your screens for the next seven days.

Here' are our picks of the week:

Oscars, Baftas, Golden Globes - every award's been chucked at this stunning film, with Ben Affleck getting high praise in his role as director. Based on the real life event of a CIA-Canadian to rescue six American hostages from Iran in 1979.

Their plan? To pose as a film production crew making a film in Iran, and thus smuggling out the hostages as part of the crew – daring, thrilling, gripping and tense, you've got to see why everyone's been raving about this film. If you need any more coaxing, the film boasts John Goodman, Alan Arkin and Bryan Cranston amongst its stars.

The BBC/Open Univeristy-produced science show is back with a seventh series, with the team taking on contemporary scientific news and discoveries, along with fun hands-on experiments that do, sometimes, go bang! The first episode deals with the current hot topic of DNA testing on food.

When the body of an 11-year-old boy washes up on the beach of Broadchurch, this small Dorset community is thrown into disarray. As the police investigate and the media intrudes, secrets are unearthed and threatens to tear the small town, and its inhabitants, apart. This highly-anticipated eight-part drama stars the sensational talents of David Tennant, Olivia Colman, Arthur Darvill, Vicky McClure, and Jodie Whittaker.

M. A single letter that holds a gargantuan significant in the Holmesian world: will we finally see the fabled arch-nemesis of our consulting detective? Has the brilliant mathematician/criminal mastermind Professor James Moriarty followed Holmes to New York City, and are the details of Irene's 'death' linked with him? A quick glance at the cast list shows a certain Vinnie Jones guest starring...

Broadcast along with the opening weekend to the Roy Lichtenstein Retrospective at the Tate Modern, Alastair Sooke takes us through the works of one of the iconic figures of the Pop Art movement.

Lichtenstein's blown-up, comic book style infused with 1960s advertising imagery is instantly recognisable, and his eye-catching and colourful works have courted both admirers and controversy (of the 'can this be called Art' variety that plagues many an art history student...) The show doesn't just focus on his Pop Art masterpieces; there's little known pieces that feature landscapes, nudes and sculptures - worth a watch (and a visit!)

Our beloved London Underground celebrates its 150th anniversary this year, and to celebrate the oldest tube network in the world, this show highlights the importance of art infused throughout the tube system: the artwork, the architecture, the design, the typeface (Johnston, for those curious).

Despite all the rage that comes with being a commuter during rush hour, I still love it: discovering new tube stations that feels like unchartered territory; revisiting familiar and favourite tube stations (Baker Street's my personal favourite); and trying my best to read the walls of Charing Cross Station in swift seconds. Alastair Sooke presents, featuring contemporary artist Mark Wallinger's new artwork spanning all 270 stations and Frank Pick's 32-year-long service on the Underground.

No Care, All Responsibility. It's the penultimate episode for the supernatural series, ever, and things are quickly coming to its conclusion as Alex starts to investigate the crotchety Captain Hatch, unaware that he is the Devil himself – and finds herself in a tight spot. Elsewhere, Hal is loosing control over his bloodlust, while Tom develops a crush on new hotel staff Natasha. It'll all end in tears and bloodshed next week...

Rather disappointingly, the last instalment is a 'best bits' compilation, rather than a normal episode scathingly scrutinising the week's media and news. All the same, if you've missed all previous episodes, it's a quick way of catching up on the biggest news of the last month.

Joss Whedon, space cowboys, and a lot of shiny. The movie was a tiny beacon of hope for us Firefly fans, but alas, it ended up being the end, with so many storylines and so much potential that will never be satisfied. River Tam is the focus of this film, with the crew travalling to defunct planet Miranda to find answers to her psychic abilities, and meeting Reavers on the way...

Love him or hate him, Gervais is on sparkling form when he touches upon the topic of science, veering from thought-provoking to political incorrectness with ease. Filmed at London's Hammersmith Apollo.

Bradley Coopers stars in this thriller as a struggling writer who gains incredible mental prowess after taking brain-enhancing drugs, transforming himself into a successful and powerful businessman...but with side effects threatening to take him down. Also stars Robert De Niro, Abbie Cornish and Anna Friel.

Conclusion to the two-parter where the boys are on an epic race to find the definitive source of The Nile. They head off in their disintegrating estate cars to a completely different side of Lake Victoria, and encounter all sorts of trouble on the way, before racing each other to the finish line... and quite possibly establishing themselves in the history books along the way!