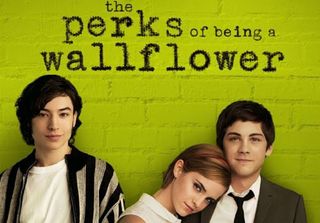 Welcome to The Week in HD, our guide to all the must-see TV shows, films, Blu-ray resleases and sports to grace your sceen over the next seven days.

Here are our picks of the week:

Perks of Being a Wallflower - Blu-ray

Stephen Chbosky's best-selling novel is given the silver screen treatment with due care and respect. The story follows 15-year-old Charlie, an introvert freshman dealing with the highs and lows of growing up, from falling in love and making new friends, to dealing with the suicide of his best friend and confronting a childhood trauma. Starring Logan Lerman, Emma Watson and Ezra Miller, it's a touching and heartbreaking film.

The third instalment of the zany trouble-baiting zoo animals sees them hit the casinos of Monte Carlo to gather up the penguins and King Julien and try to head back home to Central Park Zoo in New York, and joining a travelling circus along the way to evade the clutches of fearsone animal control officer Captain DuBois. Heaps of fun, and you'll have a hard time getting the 'afro circus' tune out of your head.

Be Right Back. The second series of Charlie Brooker's Black Mirror series is underway, with the first episode focussing on the unusual way in which couple Martha and Ash keep in touch over social media and the modern world. The thing is...Ash is dead. Starring Hayley Atwell, Domhnall Gleeson, Sinead Matthews and Claire Keelan.

Taking a look at the era between the mid 1960s and the late 1970s, where the long-playing record and albums became popular, giving rise to the concept album and gloriously designed album sleeves. Featuring contributions from Noel Gallagher, Slash, Roger Taylor, Mike Oldfield, and plenty of others.

Storyville, Expedition to the End of the World - BBC HD - 10pm

You'd think that we've explored every inch of the world by now. But, amazingly, there's still patches of unknown land that no human has ventured before. One of these areas is an unexplored fjord system in north-east Greenland, which is only accessible a few weeks a year - thanks to global warming melting the ice. The explorers set off to the Arctic by ship, and discover polar bears, Stone Age traces, and an entirely new species.

As the series reaches its penultimate episode, the gang's plan to disrupt the nefarious Network organisation backfires. Elsewhere, we start to discover the troubling backstories of each of the characters, which leaves us with further unsettling developments.

The Blue Butterfly. A brilliant film noir-style episode of Castle sees the gang retracing the tumultuous history of a priceless necklace, dubbed The Blue Butterfly, which went missing in 1947.

Sticks and Rope. A chance to catch up with episode 2 of the latest, and sadly, the last series of Being Human - yes, the show's been cancelled much to my dismay, although it's not too much of a surprise given the complete character overhaul. It's a shame, as the Hal, Tom and Alex trio is quite a lot of fun to watch.

In this ep, Alex finds out that she's not the only ghost haunting Honolulu Heights, while Hal and Tom battle to be crowned Employee of the Month - a conflict that's relished by Captain (the Devil) Hatch.

Sarah Millican and Doug Stanhope join Charlie in taking a satirical look at the main stories coming out of the world of the news, film, TV, music and various other media.

Humans vs machines, Neo vs Agent Smith - the last instalment in the Matrix trilogy sees the city of Zion fighting for survival, while Neo aims to fulfill his destinty as The One. With Keanu Reeves, Carrie Ann Moss, Lawrence Fishbourne and Hugo Weaving.

The River. Brother Justin's suicide attempt lends him visions of two Russian children and his 'birthright', while one of the most arresting scenes of the show takes place when Ben cures Ruth's son Gabriel after injuring him...only for all the fish in the river to die when Gabriel is cured.

Wrecking Ball. There are some fantastic programmes charting the history of classical music across the BBC, and one of these takes a look at the shift from the harmonious melodies of classical giants Mozart, Brahms and Haydn to the discordant and much more abstract compositions of Schoenberg and Stravinsky.

Featuring specially-shot performances of key pieces of this period, it looks at how the 20th century changes in technology, culture and the First World War brought about the changes in the world of classical music.

The Age of Tragedy. A look at the dark themes like death, destiny and supernatural that influenced the opera and compositions of the late nineteenth century, from Verdi's La Traviata to Wagner's operas. On the way, there's composer Franz Liszt (of Tom and Jerry and Bugs Bunny chase scenes fame), whose compostions about soul-swapping Faust and the fire-thief Prometheus becamse immensely influential in that era.

A special parody sketch of Star Wars in full stop-motion animation glory, with the voice talents of (mainly) Seth Green, along with plenty of the original cast, including Mark Hamill and even George Lucas.

The KIA Cee'd has been TG's reasonably priced car since 2010, and with a new version now out, naturally it has to be subjected to Top Gear's very specific tests to be track-worthy. Jeremy Clarkson takes it on a thorough road test that includes eels, curry, an American cop, a rock star, and an unusual game of rugby with James May.

Elsewhere, Richard Hammond, who was dropped off in Mexico two episodes ago, tests the new Mastretta sports car.

Size Matters. Professor Brian Cox takes a look at how the size you are has a huge impact on the life you lead and your expiry date. He travels to Australia to swim with great white sharks and track red kangaroos to explore the physics of size.