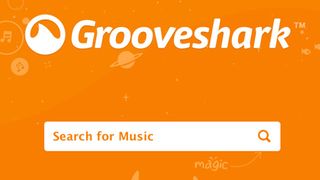 As the copyright case brought by Universal Music Group against Grooveshark continues, court documents have emerged apparently revealing the company's deliberate plan to avoid paying for the music it offered to users.

The exchange, revealed by Hypebot and dated January 2009, reveals the company's aim to gather data on listening habits, which they could then sell to the record labels and publishers.

Simantob wrote: "...we are achieving all this growth without paying a dime to any of the labels... we use the label's songs till we get a 100 (million) uniques, by which time we can tell the labels who is listening to their music, where, and then turn around and charge them for the very data we got from them, ensuring that what we pay them in total for streaming is less than what they pay us for data mining.

UMG has filed a 93-page lawsuit against Grooveshark in New York, according to the Wall Steet Journal, accusing its parent company Escape Media Group and seven of its executives of making "a brazen decision to infringe UMG's copyrighted sound recordings".

The lawsuit names Escape Media founder and chief executive Sam Tarantino, alleging that he and other Escape Media executives personally uploaded thousands of songs onto the Grooveshark online service, which lets users listen to music for free and doesn't pay royaties to most record companies.

A Grooveshark spokesman told the WSJ: "We have reviewed the complaint and are confident the legal process will result in a favourable outcome for Grooveshark."

Some reports suggest Universal is seeking a payout of $150,000 per illegally uploaded song. With an alleged 100,000 songs uploaded to Grooveshark without permission, that would be one whopping bill – and presumably one it couldn't afford to pay.