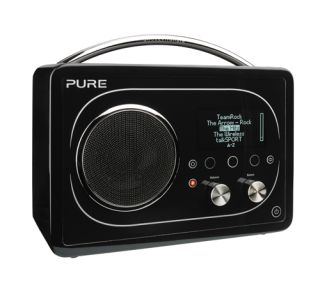 I've lost track of the number of years I've been covering the debate over the proposed switchover from analogue to digital radio, but it's been quite a few. While the switchover to digital TV went largely without a hitch, and was completed in 2012, the road to digital radio has been a rocky one to say the least.

Under the previous Labour Government the Digital Britain report set a provisional date of 2015 for the switch-off of the majority of analogue radio services in the UK. That now seems hopelessly optimistic.

In fact, last December Communications Minister Ed Vaizey disappointed many in the radio industry when he refused to set a firm date for digital radio switchover. The UK, he said, was "not ready for radio switchover... the Government simply can't wave a wand and make it happen". Cue much gnashing of teeth from broadcasters and radio manufacturers alike.

So it was with much interest, and not a little scepticism, that I spent this morning at the Westminster Forum on the UK Radio Industry in Whitehall. An impressive line-up of speakers, including politicians and bigwigs from several UK broadcasters, promised a lively debate. And so it was.

Chair Lord Gordon of Strathblane, a member of the All-Party Parliamentary Media Group, kicked things off in fine style: "It's very difficult to legislate for anything these days without it being out of date by the time it's implemented," he said. "It's been an uphill struggle to switch over to digital radio." You can say that again.

He voiced the questions many in the room were thinking: Is the radio industry ready for switchover? How widespread will DAB coverage be? Is there a future for local independent radio stations in a digital world?

The Government’s criteria set out for switchover still stipulate that the digital listening share in the UK must reach 50 per cent of all listening hours, that local commercial and national DAB coverage should be equal to that on FM and that there should be "significant progress on conversion of cars to digital radio".

Mark Friend, controller for multi-platforms and interactive radio at the BBC, raised a point that became a recurrent theme throughout the morning: while 35% of adults currently listen to radio broadcasts on a radio, and 16% on a computer, the figures for teenagers are wildly different: 36% listen to radio on a smartphone, and 35% on a portable MP3 player.

And Paul Smiith, general manager of Pure at Imagination Technologies, voiced his concerns: "Only three out of 100 teenagers use a radio: I'd be worried about that."

Several speakers made the point that radio faces two big threats: from the smartphone, and in cars. "We need radio to be prominent on the new touchscreens appearing in cars, and link radio with people's other online experiences," says Friend.

James Cridland, managing director of Media UK, took it even further: "Look at Apple's announcement on CarPlay last week – there's no icon for radio on the app screen [just one for music]." His point, and it's a valid one, is that radio controls are now often hidden within in-car menu systems, making them hard to find, and are often just called 'audio'.

"The user experience for in-car radio must keep pace with other advances in in-car tech," says Cridland. The typical implementation of DAB requires you to find the right multiplex, then scroll through a long list of available stations before storing them on a limited number of presets. Far from ideal.

It's an important point, because getting DAB installed in cars is one of the Government's key criteria for making the switch to digital radio. Yes, BMW, VW, Audi and Ford are now all fitting DAB radios as standard to their new cars, but many manufacturers still offer it as an optional extra.

Research by Jaguar Land Rover shows that current analogue radio (FM/AM) is used twice as much as any other entertainment system in cars. So radio remains popular. But the likes of Apple's CarPlay put all the emphasis on integrating apps, streaming services and social media into your car's display. As Cridland points out, streaming music services are great, but the cost of 3G data while on the move or in your car makes that an expensive option.

That's one of the reasons why Cridland believes that radio should be better integrated into smartphones: "Many said the future of radio was the smartphone. But we're getting mixed messages: yes, people do like to have access to their favourite stations while on the move, but they're using a phone to listen when they don't have a radio to hand.

"Streaming uses seven times more battery life on a phone than listening to FM. We need broadcast radio to look good on a smartphone screen, not just show the station frequency on a digital readout, and to have a better user interface. It needs to integrate better with the phone operating system. The future for radio can't be a battery-hungry, data-hungry experience on smartphones."

To that end, the Universal Smartphone Radio project has been set up to make radio chipsets work better on smartphones, although many of those are FM rather than DAB, and Radio DNS Hybrid Radio is now included on many new Samsung phones.

Michael Hill, managing director of UK Radioplayer, took up a similar theme: "It's not all about Spotify, Pandora and streaming. We need to build hybrid radios that integrate all services – DAB, FM and the internet – with a user interface that looks sexy."

Pure's Paul Smith can argue that the products his company produces already do that. He also points out that by 2017 more than 95% of audio products will have wi-fi and Bluetooth built in, making them even more flexible to use.

All well and good, but the debate over DAB switchover is still far from being resolved. As Ford Ennals, chief executive of Digital Radio UK admitted: "We won't see digital switchover in the UK any time soon – it will be after the election [in 2015] and the BBC Charter renewal. Government policy is now to work towards digital switchover when the time is right, but on a delayed timetable."

How delayed? Well Ennals suggests that 2017 would be a good time to have another "review of the situation" with a view to making a decision on the timing of the analogue switch-off – which could now be delayed until 2020.

Despite the delay, Ennals remains optimistic for digital radio: "The future is radio is digital – we can't go backwards. There's no sense in radio stations being asked to maintain dual transmission (DAB and FM/AM)." Around 400 new DAB transmitters are being built to improve coverage across the UK, and Ofcom should, it is hoped, be able to award the Digital Two (D2) licence for a second national DAB network by the end of this year.

And there we could leave it. Except for this: the radio industry itself seems to be split over the whole issue of DAB switchover.

After this morning's coffee break, things got a bit more feisty. Phil Riley, chief executive of Orion Media (owner of four radio stations in the Midlands), then lobbed this little nugget into the debate: "I think we need to completely re-appraise our current policy as it's flawed. Most listeners still love FM, and it isn't going away any time soon. Five out of six adults still listen to the majority of their radio on analogue services. Shouldn't we just admit we live in a multiplatform world? And stop the push for setting a switchover date."

While Riley accepts that digital radio is here to stay, he wants to keep FM alive: "I propose we implement a moratorium on all talk of closing down FM for at least a decade. Let's pause, and then review everything in 2024. The market should decide how this pans out. We risk losing listeners in the process of switchover. I risk damaging my business if we pull the plug on FM. It's a fabulous resource. Most smartphones have an FM tuner built in, so why throw all that away? It's mad."

Daniel Nathan, CEO of Brighton's Juice 107.2 and totallyradio.com, joined in: "The global radio standard for radio broadcasting is FM. You'd be bonkers to get rid of that. The debate we are having today is incredibly blinkered. We should focus on the quality of what people are listening to, not the platform they're listening on." Amen to that.

But interestingly, not one speaker ever mentioned the issue of sound quality. Yes, DAB and internet radio can offer us lots more radio stations, but transmission bit-rates can vary enormously. FM still has its fans for very good reason.

Perhaps the last word on the issue should go to Tracey Crouch MP, a member of the Culture, Media and Sport Select Committee: "If you guys [in the radio industry] can't decide on DAB switchover, how are we as the politicians supposed to?" She has a point.

So what did I take away from all this? We're further than ever from a definitive timetable for digital radio switchover. If you still have analogue radios at home and in your car, I wouldn't worry. You're not going to have to replace them for some time yet.

What do you think? Should the Government set a firm date for digital switchover? Should FM be saved? Let us know in the Comments box below.