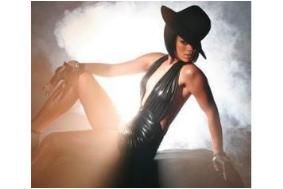 The track was released in 2007 with a music video that displayed an amazing example of out-of-the-box thinking, featuring as it did Rhianna prancing about in a succession of skimpy outifts, sometimes with an umbrella.

Still, with the likes of one hit wonders and pretend lesbians t.A.T.u. in second place with their song All The Things She Said and similarly gramatically-challenged Avril Lavigne in third with Sk8r Boi, it may come as less of a surprise.

Elsewhere there were predictable entries for the likes of Beyonce, Katy Perry and Christina Aguilera, backed-up by big-hitters such as Oasis, Madonna and Red Hot Chili Peppers.

Do you agree with the poll? Some how we don't think so – let us know your favourite music videos in the comments section below.