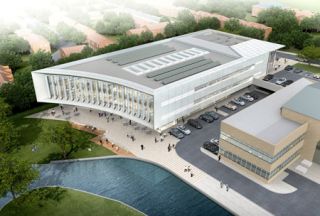 Mention the company Pure, and most people will immediately think “ah, they’re the people who make digital radios”.

True, to some extent, but there’s much more to Pure than that. The company celebrates its tenth anniversary this year, and is part of a much bigger group, Imagination Technologies – an international leader in the creation and licensing of semiconductor system-on-chip intellectual property.

Clients include the likes of Apple, LG, Samsung, Sony and Nokia, so chances are your smartphone or tablet uses Imagination technology.

To mark its first decade, Pure has ambitious plans for 2012 and beyond, as marketing director Colin Crawford told us in an exclusive interview with whathifi.com.

“We need to expand the business beyond digital radio. We started out with a focus on DAB, but we are now showcasing new technologies with our parent company Imagination. In fact, we have a broad range of ‘connected’ products, with at least eight streamers plus wi-fi and internet capable devices in the range.”

Crawford says Pure is “on the cusp between a history we’re very fond of (DAB), and a bigger world. This feels the right time to appraise the past and position us in the wireless music space.”

“While digital radio is slightly bucking the downward trend in consumer electronics in the UK, our biggest growth is in export markets,” he says.

That bigger world will increasingly be focused around wireless music, apps and streaming, and this is the space Pure is keen to expand in to.

The forthcoming launch of Pure Music is a clear indication of the future direction the company has in mind. Originally due to go live last December, a few technical issues have delayed the launch which should happen in the next few weeks.

“We have been developing a new platform since we launched the Evoke Flow in 2008,” explains Crawford. “Pure Music is the pillar of that platform, allowing us to develop a music streaming service, web connectivity and apps. We want to keep radio important within that music format, but we’ll also be developing new products which are not DAB radios.”

The timing of this new strategy is telling: with the rise in popularity of music streaming services such as Spotify and Last.fm, and the number of network connected home entertainment products rapidly expanding, Pure clearly sees a big opportunity ahead to expand its business.

To that end, it has already announced that it will create 400 new jobs at its Kings Langley HQ, almost doubling the size of the workforce and opening the first phase of its new office ‘campus’ in August (see image top). In these times of doom and gloom, it’s great to hear about a UK company that is actually expanding.

“The biggest problem we have is finding enough good engineers in the UK,” says Crawford.

Two key product launches are planned for CES Unveiled in Las Vegas this coming Sunday (we’ll be the first to announce the news here on whathifi.com), and next week a brand-new corporate identity will be unveiled on the company’s stand at CES, alongside a new website (sneak preview below).

London design agency Lambie-Nairn (the agency responsible for The O2’s corporate identity) won a three-way pitch to carry out the redesign of Pure’s logo, and introduced a series of colour ‘expressions’ that will be used across all packaging, literature and on the website.

“Initially we said ‘don’t mess around with the logo’, but Lambie-Nairn has helped us create a more defendable trademark, which is particularly important for our international expansion,” explains Crawford.

New fonts were introduced, and the number of product names simplified.

“The new brand identity [above] celebrates Pure’s classic design heritage, while illustrating the rich and vibrant content experience that our products and services deliver.”

Pure also took a long, hard look at the consistency of its product design across the range and Lambie-Nairn helped the company to focus on a “less is more” design ethic.

“What we were not doing was exposing the richness of what our products actually do. Lambie-Nairn helped us overcome that.”

With new state-of-the-art facilities being built at Kings Langley, a sharp new corporate identity, the forthcoming launch of Pure Music and other key products being unveiled at CES, Pure is pushing aggressively for expansion.

When the economy recovers, it should be well placed to capitalise on the growth areas of digital radio, music streaming and wireless connectivity.