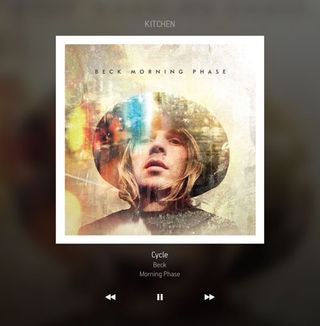 Sonos has today officially launched its new controller app for Android and iOS smartphones and tablets.

The new Sonos controller app has been available in beta on Android since it was announced back in March but is now available to download as a free update via the Google Play Store or iTunes.

The main new feature on the new look app is Universal Search (see below, as on the Apple iPhone and iPad), which runs your searches across all your available music services and allows you to isolate results by artist, track, album and more.

Also new are various Now Playing shortcuts, which help you better manage playlists, turn on/off shuffle, save tracks to your favourites, and more.

Last year Sonos launched the Playbar and Play:1 in a busy and successful year of hardware updates, and now Sonos is billing 2014 as the year of software, having confirmed that there would be no new Sonos products this year.

Last month the company revealed it was working on software updates that would remove the need for a wired connection for your first Sonos speaker.

The new Sonos app is now available for Apple and Android devices, with the desktop controller software due to be refreshed later in the year.