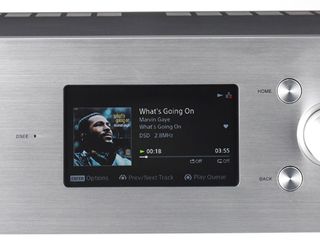 If Ultra HD 4K is to be the major TV and home cinema innovation of 2014, then high-resolution audio is looking as if it will be the hi-fi equivalent. But there has been some debate over its definition.

A new agreement, however, struck in the US between a number of consumer electronics bodies and record labels has now resulted in the creation of a formal definition for high-resolution audio.

BLOG: Could 2014 be the year that high-res audio goes mainstream?

The Digital Entertainment Group (DEG) has been working with the Consumer Electronics Association (CEA) and The Recording Academy to finalise the definition as the format grows in popularity.

Sony Music Entertainment, Universal Music Group and Warner Music Group are also part of the latest agreement, which its hoped will lead to a unified approach to offering high-resolution music.

MORE: Onkyo and 7digital to launch high-res music store in Europe and US

High-resolution audio is being defined as: "Lossless audio that is capable of reproducing the full range of sound from recordings that have been mastered from better than CD quality music sources."

And there are also four different Master Quality Recording categories that have been released in order to describe the recording that has been made from the "best quality music source" available.

The four descriptors are:

MQ-A: from an analogue master source

and MQ-D: from a DSD/DSF master source – typically 2.8MHz or 5.6MHz content

BLOG: High-resolution audio – the science behind the numbers

DEG president Amy Jo Smith said: "Thanks to this initiative, the industry can take a unified approach in offering digital music services a variety of information concerning the growing number of hi-res music titles being distributed today."

Matt Signore, president of artist and label services at WEA, added: "As high resolution music services continue to grow, we encourage and look forward to all partners in the music value chain meeting the definitions of High Resolution Audio."

More information or just more confusing? Let us know what you think in the comments below.