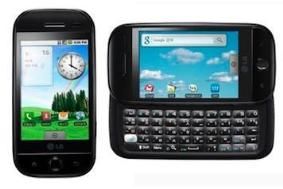 Models for Europe will have a 3.8in touchscreen, while those appearing in the States a month later will also have a 'hard' QWERTY keyboard. The phones are not due on sale back home in Korea until early next year.

The launch will mean the Optimus line-up will have phones running WP7, others running Google's Android, and also tablet PCs, the company believing that the Microsoft OS could be as important in the smartphone market as Android and Apple's iOS.

The company told Korean reporters it expects WP7 to outperform the two rival smartphone operating systems, as well as giving users compatibility with existing Microsoft Office programs such as Word and Excel.