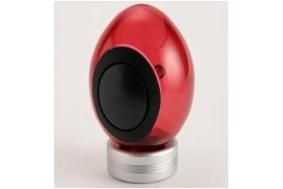 Two versions are available: the standard TGA-1B1 and TGA-1W1, in black or white respectively, or a high-end TGA-2R1, with a red Kagami Crystal glass enclosure for a see-through look.

Bifrostec was founded by Dr Heitaro Nakajima, one of the pioneers of CD when at Sony, and a past chairman of the Japan Audio Society, and his Sony colleague Takao Ihashi.

During 30 years at Sony, Ihashi collaborated with Dr Nakajima on CD development, and was responsible for virtually all of the company's optical media technology research and commercialisation.