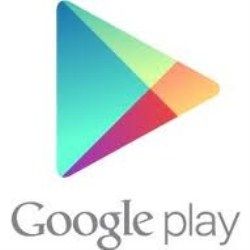 Google Play will incorporate not only apps from the Android Market but music from Google Music (sadly still not launched in the UK) and also videos and books.

The cloud-based service will allow users to access apps, music, movies and books on any Android smartphone or tablet, with new sections of the service branded Google Play Music, Google Play Movies and Google Play Books.

In the UK we'll have to settle for apps, movies and books, with an official UK launch of Google Play Music still unconfirmed.

One Google account login, the same that's used for a Gmail email account, will allow you to login to all services, while any existing accounts and downloads will simply carry over to the newly-named service.

Google is offering a selection of cut-price apps and other downloads to promote the change.

Google Play now offers more than 450,000 apps and games, the largest selection of eBooks and movies to rent or buy in SD and HD.

Expect an update to rollout across various Android devices in the coming days, while the Google Play (previously Android Market) website has already been updated and is live.

The move sees Google rebranding itself as a one-stop entertainment brand, with the emphasis on the Google name rather than Android, the name of the company's operating system for smartphones and tablets.