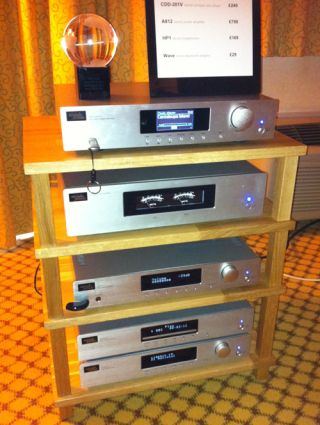 Following on from its international debut at CES last month, new British hi-fi brand Mitchell and Johnson is showing off its entire range in the UK for the first time here at the Bristol Show 2014.

MORE: Mitchell and Johnson at CES 2014

In addition, Mitchell and Johnson is developing a pair of hi-fi headphones to sell for £169 and a Wave Bluetooth 3.0 adapter (£29) for streaming music wirelessly to its hi-fi components from smartphones and tablets.