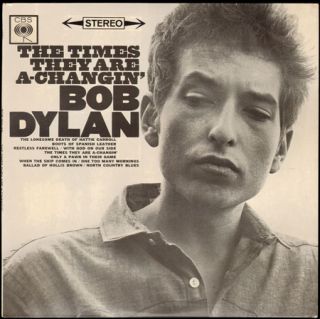 Welcome to the Best of the Week - your essential guide to what's been happening on whathifi.com

It's February 10th, and today in 1964, Bob Dylan released his third studio album The Times They Are A-Changin', while on this day Kanye West began his reign with the release of his debut album The College Dropout.

Critically acclaimed screenwriter/director Alexander Payne turns 50 today, and we suspect he'll be expecting a few more awards for The Descendants as a birthday present.

Also, at the 50th Grammy Awards on February 10th 2008, the dear departed Amy Winehouse won five prizes, including Song and Record of the Year for Rehab.

Highlights this week on whathifi.com include:

- Word on the street is that Apple's iPad 3 is set for a March release.

- Headphone sales have hit an all time high, almost surpassing hi-fi and home cinema put together in the UK

- Virgin Media revealed it's in talks to add LoveFilm and Netflix to its TiVo service. Oh, and announced serious profits and sent us some cake!

- Cyrus has a new hi-fi separates range, and price-cuts on the current stuff, Monitor Audio has sliced serious chunks of change off its i-deck dock systems, and Heed Audio is returning to the UK.

All three companies' products will be on show at our ever-approaching Bristol Show later this month.

Our March Issue goes on sale today! Packed with some exciting reviews of 40-42in Smart TVs, desktop speakers, one-make home cinema systems, and so much more, including previews from the aforementioned Bristol Show. So grab a copy before they run out.

Alternatively, if you're reluctant to go out in this snow-covered wonderland, you can download a digital edition of the magazine to read in the comfort of your home or office.

And finally, we've compiled a Spotify playlist of the tracks we've been enjoying for the past month - click here for 12 new tracks on our playlist.

Meanwhile on the Forums, we have been anticipating the Apple iTV, discussing the Onkyo TX-8050, and offering advice on setting up a hi-fi system from scratch.