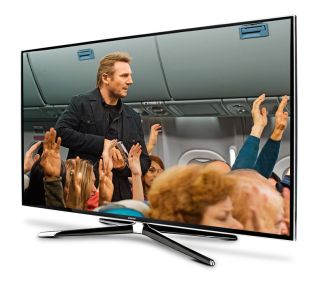 We've done a bit of detective work to find the best deals on a selection of our 2014 Products of the Year that'll save you a few pennies (and, hopefully, pounds) this Christmas; from a brand-new TV for the living room to a top budget tablet.

Scarily consistent. That’s how we’d describe Sony’s recent track record when it comes to Blu-ray players. Its budget decks have been showered with Awards and five- star ratings over the past few years, and the BDP-S7200 is the latest to live up to that reputation. The price tag has now dipped under the £200 mark, with £189 the cheapest we've found so far.

Sony knows a thing or two about what makes a great AV amp at this price, and the STR-DN1050 is a fine example. From set-up to performance, this 7.2-channel amp has been carefully considered at every single step, and it shows. Not only that, but its price tag has come down too - £439 is the best we've seen.

Every little helps and that's why a £10 saving isn't to be sniffed at, with Superfi offering you the chance to save cash on these Award-winning cans. Though the funky design had us thinking they might be style-over-substance Beats wannabes, these cans are actually another great-sounding pair of AKGs.

Now, you might think this is bending the rules a little - the iPad Air was crowned tablet of the year shortly before the Cupertino tech giant brought out its successor. It might now have been superceded by the iPad Air 2, but this tablet is still a hugely impressive machine. And with a new model in town, it means the prices on the Air have come down a touch - with the 16GB version available for £319...

Cambridge’s new Minx Xi is a terrific streaming system. It’s small, nicely made and, for the most part, well thought-out. All you need to add is a stable home network, a NAS full of music and a pair of quality speakers, such as Q Acoustics’ Concept 20s, to start enjoying it. That's if you can't enjoy the £150 saving we've managed to locate on this here internet...

We’re impressed with the Roberts Stream 93i from the moment we open the box. It's beautifully put together, with substantial weight to back up its desk/counter-top size. It’s not the prettiest black box we’ve ever clapped eyes on, but with some money off that price tag, we wouldn't be complaining...

See all 24 of our What Hi-Fi? Awards Products of the Year