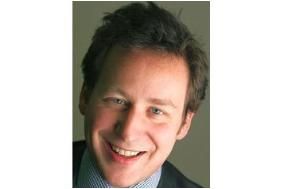 Looks like it, as culture minister Ed Vaizey has today backed just such a proposal.

At the moment Internet Service Providers (ISPs) adhere to a policy of "net neutrality", treating all web traffic equally, regardless of how much bandwidth is used.

But an end to net neutrality would mean heavy bandwidth users like Google and the BBC facing a bill for the data pipes they use.

Mr Vaizey argues that ISPs must be free to experiment with new charging structures to help pay for the expansion of internet services.

He says: "We have got to continue to encourage the market to innovate and experiment with different business models and ways of providing consumers with what they want.

"This could include the evolution of a two-sided market where consumers and content providers could choose to pay for differing levels of quality of service."

He also suggests that content makers could be charged for the first time for the use of the ISPs' networks.

But critics warn the move could harm free speech and limit innovation on the web.

In the US, President Obama has backed net neutrality, insisting that all traffic should be treated equally, and regulators have threatened legal action against ISPs that block or restrict access to sites.

However, it now looks as if some sort of traffic management, where traffic from one source is favoured over another, is likely to be allowed in the UK. A ruling is expected next year.