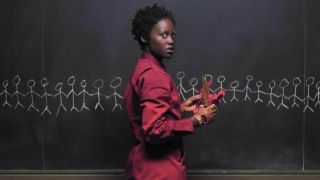 Sky and Now TV offer a seemingly endless amount of content to enjoy, from the company's own TV series, to Sky Cinema movies, both live and on-demand.

And of course if you're watching on Sky Q with the necessary Sky TV deal, you can enjoy 4K Ultra HD video and Dolby Atmos surround sound.

But what to watch? We've picked out what we think are some of the best TV shows and movies on Sky and Now TV right now. And we'll be keeping this page updated throughout 2020 as new shows and films arrive on the platform. Enjoy...

This Oscar-winning Best Picture is available on Sky Buy and Keep or you can rent it for £2.99. And we'd thoroughly recommend you choose your poison and do one of those options, for this is an entertaining, enthralling film that will stay with you, as all the best films do, long after the credits have rolled. The story is inventive enough as it is – and then comes the twist. Intriguingly shot and brilliantly acted.

View Parasite on Blu-ray on Amazon

Undoubtedly one of the greatest TV shows of all time, The Sopranos is available to enjoy in full, at your leisure, on Sky. The story revolves around Tony Soprano (James Gandolfini), an Italian-American mobster, as he tries to balance his family life with his role as the leader of the New Jersey Mafia. And the rest is history... There are six seasons to enjoy.

View The Sopranos on Blu-ray on Amazon

A suitably epic end to the most epic movie franchise in the galaxy. It looks and sounds stunning, and packs crowd-pleasing nods to keep die-hard fans happy alongside plenty of easy-to-enjoy action and classic story-telling for more casual padawans.

View The Rise of Skywalker on Blu-ray on Amazon

Not one for the faint-hearted, this violent dive into London's criminal underworld has been garnering great reviews, thanks to its thrill-a-minute, did-somebody-say-gritty deception of modern skullduggery. Intelligent or ground-breaking, perhaps not, enjoyable geezer business? You bet.

Once Upon A Time in Hollywood

Quentin Tarantino, Brad Pitt, Leonardo DiCaprio, the golden age of Hollywood... if you don't like the sound of that, keep scrolling. For the rest of us, this is watch on sight stuff – and it delivers the goods. Even if you caught it in the cinema, we'd say this one, like most Tarantino films, is well worthy of repeat viewings.

Once Upon A Time in Hollywood Blu-ray on Amazon

Talking of Brad Pitt, we couldn't not mention Snatch. Got Sky Cinema? It's there for you to enjoy in all its glory, complete with a wealth of slightly dodgy accents - and some bulletproof cockneys for good measure. Remind yourself how great an actor Vinnie Jones really could be, albeit perhaps slightly one-dimensional.

View Snatch on Blu-ray on Amazon

New for 2020 from Sky, Code 404 is a buddy cop comedy starring the dependably-excellent Stephen Graham. Set in a dystopian Britain "a few years from now", let's hope this isn't a glimpse into the near-future if the trailer is anything to go by...

If you haven't seen this film, you really should. Written and directed by Jordan Peele, and produced by the same trio of collaborators that worked on Get Out and BlacKkKlansman (Peele, Jason Blum and Sean McKittrick), Lupita Nyong'o is excellent as the lead in this original, doppelgänger horror – complete with a classic twist to finish.

Ross from Friends, sorry, David Schwimmer stars as the arrogant US security agent who joins GCHQ in London… with hilarious consequences. At least that's the plan. New to Sky for 2020, six episodes of season one are live now on Ultra HD. The first reviews are certainly not terrible, so check out the trailer and see if it looks likely to float your 4K boat.

Noel Clarke and Ashley Walters as a cockney copper comedy duo? Yep, we'll take that. Full of big guns and big action, a buddy cop show set in London and starring two black leads makes a welcome change. Delivered in UHD and Dolby Atmos it's a winner when it comes to picture and sound, too. There are two series available to watch on demand.

There's a new series of the The Trip available in UHD on Sky, which this time sees Steve Coogan and Rob Brydon travelling around Greece as they ham-up their fictional alter-egos for our entertainment. And no doubt it will work every bit as well as season three, which was set in Spain and is also available in 4K on Sky. Enjoy figuring out where the truth ends and fiction begins as two born show-offs battle to have the last laugh in front of some stunning scenery.

An all-star cast led by Christopher Eccleston attempts to get to the bottom of a dark mystery in an almost-as-dark Arctic town. Remastered for UHD, a third season dropped at the end of 2018 and all three are available on demand. Some excellent cinematography and suitably moody soundtrack make for a good system test, too.

One of the best-rated original dramas on Sky Atlantic, The Tunnel comes from the makers of Broadchurch and sees the British and French police forces working together when a body is found inside the Channel Tunnel. And if you think the story seems familiar, it's a remake of Swedish drama, The Bridge.

A treat for your ears and eyes, with Rami Malek's Oscar-winning turn as arguably the greatest frontman of all time, Freddie Mercury. With multiple Oscars for the soundtrack, you know this will deliver on the audio as well as the UHD visuals, not least as there are a whole sackful of Queen classics to get through. Look out for the classic crowd sing-a-long scene.

A Star Is Born

Bradley Cooper and Lady Gaga surprised everyone with their respective singing and acting skills (we knew they could each do the other part) in this fourth version of the classic Hollywood musical drama. It's an original but reverential take which just about steers clear of over-doing the melodramatics.

Widows was strangely snubbed by the Oscars but Steve McQueen's thriller is well worth catching in 4K on Sky. Available to rent through the Sky Store, Viola Davis stars as the leader of a band of widows who set out to pull-off the heist their partners planned.

Want a fresh take on Nordic noir? Der Pass could be the one. Available on demand in 4K, it plots a German and Austrian detective together when a dead body is discovered on this particularly gloomy stretch of European border. Reviews suggest this one is worthy of investigation, albeit very much of its type.

Paul Giamatti and Damian Lewis star in this highly-rated drama about power politics in the world of New York high finance. All four seasons are available on Sky Q in Ultra HD right now, with a season 5 due this summer.

Seven seasons speaks for itself (all seven are on Sky), and Ray Donovan has consistently delivered for those wanting a brooding anti-hero in the style of Tony Soprano. And while writing something as clever, compelling and downright entertaining as The Sopranos is no easy task, Ray Donovan isn't too far off, showing the shady side of a Hollywood fixer for whom business and family life is never easy. You can enjoy the complete series in Ultra HD on Sky Q.

Have you ever wondered if children's TV presenters are really that chirpy all the time? Perhaps Jim Carrey has too. Carrey is the kids' TV host who struggles to deal with daily life despite maintaining his upbeat exterior when it comes to the day job. Strong reviews, and a UHD picture, make this a worthy addition to our round-up.

The world lost a great talent when Stan Lee passed away. Best known for his Marvel superheroes, he also worked with Sky on this excellent British drama. James Nesbitt stars as Murder Squad detective Harry Clayton, who's been given the power to control luck. Hence the title. There are three seasons in 4K to binge on Sky.

This American drama stars two English actors in the leading roles - Dominic West and Ruth Wilson - and manages to put a fresh spin on seemingly familiar tales of love and lust. The over-arching story is told from each protagonist's perspective, letting the viewer decide who and what to believe as the story unravels. It's well-paced and well-acted, and does just enough each episode to keep you intrigued without giving the game away. There are now five seasons in UHD on Sky Q.

Benedict Cumberbatch is the titular star of this five-part series based on the novels by Edward St. Aubyn. The series charts Melrose's journey from a traumatic childhood in the South of France, through substance abuse in his twenties in New York and, ultimately, on the road to recovery back home in England.

Nick Frost, Rupert Grint and Lindsay Lohan? It's got to be worth a look. This Sky comedy sees Grint playing a down-on-his-luck couch potato whose outlook only changes for the better when he's diagnosed with cancer, and he gets to enjoy the resultant rallying from friends and work colleagues. The twist? He's been wrongly diagnosed and doesn't have cancer at all. There are two seasons to enjoy in 4K on Sky.

If you haven't seen this epic trilogy yet, you really should. You can watch the complete Godfather trilogy on Sky right now, though only The Godfather and The Godfather Part II are available in 4K. As it happens, the quality is befitting of the films, with only the last film letting the side down somewhat. But it was a high bar - the first two form arguably the greatest pairing in cinema history. Three years of meticulous 4K restoration ensures a pretty solid picture considering the original was released back in 1972.