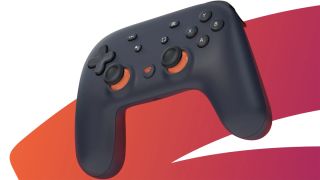 Stadia is Google's first major foray into the world of video games, beyond the odd Google Doodle, and it's certainly put the cat among the pigeons for both rival games platforms and gamers alike. Can Google Stadia really beat the likes of the PS5, Xbox One, Nintendo and Steam at their own, ahem, game?

It's a battle royale for anyone interested in gaming but we'd suggest it's of interest and significance for all of us, if only to stay abreast of TV-based technological happenings and not to feel left out at cocktail parties. And by the time you've read this piece from top to bottom, we'd wager a few of you out there will be all but ready to sign up for the Google Stadia Founder Edition pre-order.

What is Google Stadia?

Google Stadia is a gaming platform from Google which requires no physical, dedicated games console. Instead it is an online gaming service which streams the live game to the user onto the screen of a device which they already own. This could be a TV with Chromecast Ultra, a mobile, a tablet or a laptop. This means that Google Stadia can avoid the hurdle of the large initial outlay on hardware for new customers and, as such, could potentially open itself up to a far larger audience.

The upside for gamers is that they can get access to all the games they want without having to wait for massive downloads. So provided Google Stadia can get enough gaming titles onto its platform, there should be plenty of interest from gamers.

The downside is that even though gamers will have paid for access to many of these titles, they will never actually own them – much like with music and streaming services such as Spotify and Tidal. If one day Google Stadia is no more, then all that investment from gamers will go up in smoke. Remember Google+, Picasa and Google Wave?

Another big draw of Google Stadia is the promise of 4K gaming at 60fps. That's quite a big promise given the variety of devices that will be used to access it and the reliance on the internet to match that streaming rate and resolution.

In the best of worlds, that's going to make some seriously impressive gameplay. In the worst, the whole platform could become hamstrung by a fragmented ecosystem and the chaos of lag.

While the frame rate will be consistent no matter what, those top resolutions will only be available to those with the best internet connections. A 10Mbps service will get you 720p and stereo sound. At 20Mbps you can receive Full HD with HDR and 5.1 surround and at around 30-40Mbps and beyond is where the 4K magic happens. You can test out what you'd receive on the Google Stadia website.

Whatever means of control you already have – joypads, keyboards, mice – will work just fine with Stadia but it sounds very much like the official Google Stadia Controller will be the best solution. It connects direct to the Stadia servers for the fastest wireless response times.

It's very much like a regular console controller with bumpers, analogue sticks and the like. But, just like the Google Home speakers, there's a built-in mic for Google Assistant voice control functionality, too. You will also find a dedicated Google Stadia button which can share a live stream of your gaming experience straight to YouTube.

Once live on YouTube, viewers will be able to drop into your game at the touch of their button too in a feature known as Crowd Play. Likewise, you'll also be able to start playing a game straight after watching a trailer on YouTube, a potentially very clever use of Google's two platforms.

Google Assistant will be used for certain in-game features and will also be able to provide gamers with hints, tricks and tutorial videos if they get stuck on certain levels.

What games are on Google Stadia?

There have been plenty of Google Stadia games confirmed at the time of writing but we can still expect plenty more. These include the franchises like Assassin's Creed, Final Fantasy, Baldur's Gate, Tomb Raider, Borderlands, Ghost Recon, NBA 2K, Football Manager, The Elder Scrolls, Wolfenstein, Doom, Destiny, Gods & Monsters, Mortal Kombat, Orcs Must Die, Darksiders Genesis, Gylt, Grid, Watchdogs and plenty of others.

The only ones so far confirmed for the 19th November 2019 launch, though, are Red Dead Redemption 2 and Destiny 2.

It's going to be important to make sure there's not too many holes to keep users interested and paying their subs. A few games will be free, some will be covered by a monthly subscription, and some premium titles will have to be paid for separately. Talking of Google Stadia pricing...

What about the Google Stadia price?

It's free to access Google Stadia but, typically, you won't get all the goodies if you just go for the basic package. Stadia Base gives you up to Full HD gaming, at 60fps and in stereo sound. You'll be able to buy those premium gaming titles whenever you like but there'll be no discounts or freebies. If you don't mind missing out on 4K, though, it doesn't look like a bad option for the very casual gamer.

If you want 4K, then you need Stadia Pro, which comes in at £8.99/$9.99 per month. With Stadia Pro, you get the 4K resolution and 5.1 surround sound. There will also be free games each month (the first of which is Destiny 2: The Collection). Don't expect your package to include every game you want to access but you should be entitled to a discount when you need to purchase any extra.

As well as one-off titles, there will also be separate subscriptions for all the games from particular publishers. For example, Ubisoft has already announced Ubisoft Uplay+. It costs $14.99 per month at present, although whether this will be less to Stadia Pro customers has not been announced.

At the Pixel 4 event on 15th October, Google dropped the news Google Stadia is set to launch on 19th November 2019 in Belgium, Canada, Denmark, France, Germany, Ireland, Italy, Netherlands, Norway, Spain, Sweden, UK and US. The service will go love for gameplay at 5pm UK time.

The Stadia devices and packs will be sent out in the order that the purchases were made. The Google Stadia Pro subscription will start from launch but the free Stadia Base package won't be available until 2020.