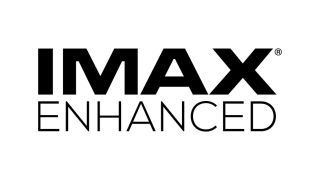 You might think your home cinema set-up is pretty awesome, but how do you know that it's delivering the highest quality AV experience money can buy? IMAX says it's by looking out for the IMAX Enhanced label.

Announced in September 2018, IMAX Enhanced is the latest AV certification programme, designed to guarantee that the kit you're using and content you're watching is delivering the best picture and sound quality around. You see, the company believes it’s owning the theatrical space, and now it wants to improve the home cinema experience. Watch out, Dolby? Perhaps...

So what exactly does it promise? What kit is certified? And how can you watch IMAX Enhanced content? Read on for answers to these questions and more...

What is IMAX Enhanced?

Much like the Ultra HD Premium certification and Dolby Cinema logo, any piece of audio and/or visual home cinema equipment or content bearing the IMAX Enhanced badge is guaranteed to have met a certain standard; a standard that supposedly represents an outstanding home cinema experience.

In other words, if it has the logo, you can buy with confidence.

Sound familiar? You could see IMAX Enhanced as a rival to Dolby Vision HDR pictures and Dolby Atmos sound, which often combine to create a premium audiovisual experience through Dolby Cinema, the 4K Blu-ray format and some streaming content.

What is the IMAX Enhanced promise?

For content or kit to be certified and wear the badge, there are four standards to be met: image, sound, scale and content.

We'll see IMAX Enhanced versions of films and documentaries that should look far better than the original versions, according to IMAX. This is thanks to IMAX's proprietary post-production process, which uses an algorithm to bring out the sharpest, highest-quality 4K HDR images with reduced levels of noise and graininess.

They claim that without this process, HDR content can actually look worse than the filmmakers intended due to raised levels of noise and graininess.

Then there's sound. We should get "immersive, heart-pounding audio", with DTS and IMAX partnering with "award-winning Hollywood sound mixers" to use a special variant of the Atmos-rivalling DTS:X codec found within home audio kit. This should produce an IMAX signature sound experience.

As for scale, you should be able to "see more picture on the largest displays". Put simply, IMAX Enhanced content has an expanded aspect ratio,, doing away with the 'letterbox' black bars at the top and bottom of the screen.

Last but certainly not least is content. "Premium content digitally remastered by IMAX" is the order of the day.

While IMAX stops short of giving us technical specs for these standards, it claims they are the highest specifications, defined by a committee of IMAX and DTS engineers working side-by-side with Hollywood's leading technical specialists.

The here and now: a few Blu-rays and some streaming content. The first IMAX Enhanced Ultra HD Blu-ray titles – A Beautiful Planet, Journey to the South Pacific and Space Station – have recently arrived in the US for $20 a pop.

And it seems a small selection of IMAX Enhanced content is already accessible on select Sony TVs in the US via the Privilege 4K entertainment voucher code film service, too. FandangoNOW is expected to begin streaming select content in the US this month. And at IFA 2019, we learned that IMAX Enhanced films are coming to Europe on Sony Bravia TVs via Rakuten.

Indeed, while it's been a year since the announcement of IMAX Enhanced, the format is very much, and unsurprisingly, still in its infancy.

"IMAX Enhanced devices are currently launching worldwide, with content announcements to follow shortly," says the company. "IMAX will supply select IMAX documentaries and work with its global studio and other content partners to build a steady stream of IMAX Enhanced versions of movies and other programming."

On the latter, Sony Pictures and Paramount Pictures are among IMAX's partnerships for its Enhanced project, so there's plenty of Blockbuster fodder available to the initiative. Bumblebee will be Paramount Pictures’ first addition to supported streaming platforms, followed by Crawl, Pet Sematary and Rocketman, while Sony Pictures Home Entertainment's will include The Angry Birds Movie 2 and Jumanji: Welcome to the Jungle. The former will also be the first to land on Ultra HD Blu-ray.

IMAX has said future IMAX Enhanced versions of films and documentaries will come via both 4K HDR streaming and Ultra HD Blu-ray Discs. Whether these new, polished versions will come through existing streaming services like Netflix is yet to be heard, but as we've mentioned above partnerships have already been struck with Rakuten TV (in Europe) and FandangoNOW (in the US).

Which products are IMAX Enhanced certified?

Despite a wealth of impressive launch hardware partners – Sony, Denon and Marantz among them – there aren't floods of certified products around yet. Again, perhaps that's not surprising, given that the scheme is in its early days.

Marantz's recent SR6014 AV receiver is accredited as IMAX Enhanced, and certain Onkyo and Pioneer models recently received a software update that too gives them the same boast. IMAX Enhanced AV receivers feature an optimised version of DTS:X, as well as a special IMAX Mode.

Other hardware partners joining those listed above include Arcam, Lexicon, Elite, Integra, Trinnov Audio, TCL and Audio Control, so we'd expect product compatibility announcements from such manufacturers in the near future.

Don't expect to see 43-inch TVs among those certified products. IMAX says that "only the largest 4K UHD HDR TVs" will be included, due of their higher resolution.

So what if you're watching IMAX content on a system that isn't entirely IMAX Enhanced-certified? Say your TV is but your soundbar isn't. According to IMAX, "IMAX Enhanced products are designed to work independently of each other and, even alone, will perform their function at the highest level. When combined, they work in concert, creating the most immersive and highest-quality experience available in the home."

So if, for example, if you watch an IMAX documentary on a non-IMAX TV, "you'll still see the best version of the content possible on your TV, but it won't be optimised as it will be on an accredited set."

Is there a required speaker criteria?

So you have (or will have) your IMAX Enhanced TV/projector and AV receiver. What about your soundbar or speakers? Are there specific requirements?

There wasn't until very recently. Now, IMAX has announced it is outlining loudspeaker and powered subwoofer specifications to ensure speakers are capable of “heart- pounding audio” and “rumbling bass you feel instead of hear" before they're branded with an IMAX badge.

Actual specifications haven't yet been released, but they'll no doubt be based around IMAX's previously stated "recommendations" for speaker pairings.

IMAX recommends 7.2.4 for IMAX Enhanced content – that's seven speakers in the horizontal plane, two subs and four height speakers. And the minimum possible to take advantage of IMAX's DTS:X mix? You're looking at 5.1.4.

Use fewer speakers than these layouts, and the DTS:X encoder will use its spatial remapping engine to virtually render an immersive, multi-channel audio to the available speakers – so it should still sound pretty good.

Your speakers should have a minimum frequency spectrum of 20Hz-20KHz, too, and the system should be able to kick out an average sound pressure level of 85dB with 110dB peaks (115dB for subwoofers), with speakers placed 3m from the seating position.

When will we know more?

Again, it's early days for IMAX Enhanced. And the programme is coming into a home cinema space that's already laden with competing technologies, so it could be an uphill battle for IMAX. After all, consumers, manufacturers and content makers are currently also dealing with HDR10+, Dolby Vision and Dolby Atmos.

Right now, we're awaiting further details – and our first demo! We haven't experienced IMAX Enhanced for ourselves yet, but that will change next week during IFA 2019. We'll be bringing you our thoughts (and perhaps even more content and product information!) then...