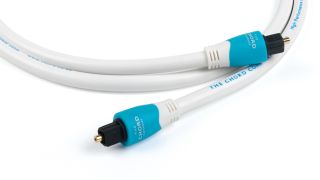 You’ve seen the sockets, you’ve probably bought the relevant cables, but which digital audio connection should you be using? Which gives you the best AV performance? Allow us to give you a brief overview.

If you’ve ever owned a TV, DVD player, set-top box or soundbar, chances are you’ll have come across either a coaxial, optical or, more recently, an HDMI connection.

All three are digital, of course. Coaxial and optical can only transmit audio data, while HDMI brings the added bonus of supporting both audio and video. If you're not quite sure which connection to take advantage of, we've created this page to help guide you.

The connector is a standard, circular RCA connector - the kind that’s found at either end of a pair of analogue interconnects.

But don’t be tempted to try and use a standard RCA phono cable in place of a dedicated coaxial digital cable. They look similar and can work, but an analogue interconnect has different impedance values from a digital one (50 ohm versus 75 ohm), so won’t work as well. An entry-level cable like the QED Performance Coaxial will do a fine job for most.

Coaxial might not be as widespread as its rival optical connection these days, but you'll still find it at the back of certain AV receivers, stereo amplifiers and TVs.

And, in our experience, compared to optical, a coaxial connection does tend to sound better. That's because it has greater bandwidth available, meaning it can support higher quality audio up to 24-bit/192kHz. Optical is usually restricted to 96kHz.

The main downside to a coaxial digital connection is the potential transfer of electrical noise between your kit. Noise is bad news when it comes to sound quality, but it exists in all AV components to one degree or another. Unfortunately, using a coaxial connection enables noise to travel along the cable from the source to your amplifier.

Also, coaxial doesn't have the bandwidth required to support high-quality surround sound formats such as Dolby TrueHD, DTS-HD Master Audio, Dolby Atmos and DTS:X. So, in a modern home cinema setting, its uses are quite limited.

An optical digital connection uses the medium of light to transmit data through a cable’s optical fibres (which can be made from plastic, glass or silica). An optical cable doesn’t allow noise to pass from source to DAC circuitry like a coaxial can, and so makes sense to use this socket when connecting straight into the DAC of a soundbar or AV receiver.

Traditionally, in a home cinema environment, optical connections tend to be used to transmit compressed Dolby Digital and DTS surround sound. Optical cables with a Toslink (Toshiba Link) connector slot into a matching socket on both source and receiver. Something like the QED Performance Graphite Optical is a good entry-level option.

Although HDMI has taken over as the main socket of choice for many manufacturers, optical outputs are still common on games consoles, Blu-ray players, set-top boxes and televisions. Optical inputs are found at the amplification or DAC end, e.g. on soundbars and AV receivers.

Like coaxial, one of the issues with optical is that it doesn’t have enough bandwidth for the lossless audio formats such as Dolby TrueHD or DTS-HD Master Audio soundtracks found on most Blu-rays. An optical connection also can’t support more than two channels of uncompressed PCM audio. Then there's the threat of damage if an optical cable is bent too tightly.

Launched in 2002, the biggest benefit of HDMI is it’s a one-size-fits-all connection for video and audio. It boasts much higher bandwidth than optical, allowing for playback of lossless audio formats such as Dolby TrueHD and DTS-HD Master Audio. Unlike optical and coaxial, there isn’t really a similar rival out there.

You'll find HDMI inputs and outputs a firm fixture on TVs, Blu-ray players, AV receivers and, increasingly, soundbars. An entry-level cable like the AudioQuest Pearl HDMI will suit a wide range of systems.

HDMI is a constantly evolving standard too, with new and improved versions offering more bandwidth and greater capacity to carry more channels of audio, such as Dolby Atmos and DTS:X soundtracks. It also supports new and current video formats - including Ultra HD 4K resolution and the various HDR formats - and additional  features such as high frame rate (HFR) and eARC (which can deliver up to 32 channels of audio).

We’re currently on version 2.0, but HDMI 2.1 (which supports 8K resolution content) is slowly making its way onto the market.

So, which connection should you use?

The answer to this will depend on the kit you’re using. If it’s a straight choice between coaxial and optical, we’d go for the former. In our experience, a coaxial connection tends to produce better audio quality than optical, allowing for a higher level of detail and greater dynamics.

But, we live in an age where convenience is king. HDMI is now the go-to connection for all things AV and it’s hard to argue against it if all the kit in your system chain sports that socket.

HDMI’s feature set, upgradability and the fact it can handle both audio and video means you don’t need to worry about too many wires clogging up your system. And, best of all, you won't sacrifice performance.