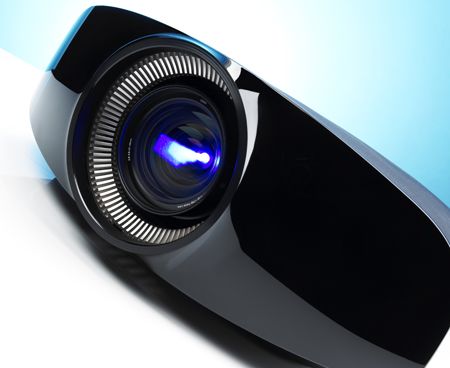 The VPL-VW1000ES is deeply impressive with the limited amount of 4K2K material we’ve seen, but its price is on the high side when performance with established formats is considered

The idea of futureproofing is an attractive one, and it's all to the fore in the Sony VPL-VW1000ES, a projector that's more about 4K capability than the 3D it also delivers.

What’s 4K? Well, it's all about ultra-high definition, but at the moment it’s a loose term covering two different resolution standards. The first, the one this Sony adheres to, is a cinematic standard called 4K2K, which contains 4096 x 2160 pixels.

The other standard is also referred to as Quad HD. Its 3840 x 2160 resolution contains exactly four times as information as a full HD Blu-ray.

So what does almost £17,000 buy? There’s no denying the VPL-VW1000ES looks classy. It's large, but not excessively so, luxurious in build and well equipped with all the connections expected from a product of this type.

The projector’s ability to display 4K material may be the specification highlight, but that’s just the icing on a rather delicious cake.

The VPL-VW1000ES is a domesticated, and believe it or not, massively cheaper take on what Sony’s professional wing has been supplying to cinemas for some time now.

It uses SXRD panels, Sony’s version of LCoS (Liquid Crystal on Silicon) technology. It’s an alternative to the DLP and LCD projection designs we normally see, and is closely related to JVC’s D-ILA system, which we rate highly.

In addition, the VPL-VW1000ES uses three SXRD panels of 4096 x 2160 resolution, each representing the red, blue and green parts of the colour spectrum.

However, the aspect ratio of the panels used is a slightly odd 1.89:1, meaning you’ll have black bars with both conventional widescreen films (1.78:1) and cinemascope (2.35:1). That’s a shame, and means full use isn’t made of the resolution available.

We don’t take too much notice of published contrast ratio figures, but even then the VPL-VW1000ES’s 1,000,000:1 ratio strikes us as being impressive.

Other technical plus points include a high brightness ability (claimed to be 2,000 ANSI-Lumens) to compensate for the loss of brightness suffered by 3D replay, and a fully motorised lens assembly for ease of set-up. The Sony is quiet too, so you can sit relatively close to it without getting disturbed.

The projector’s internal lamp has a life of around 2000-3000 hours before it’s likely to need changing. This is simple enough to do and replacement bulbs cost in the region of £500.

We suspect the vast majority of owners will mount this projector on the ceiling. If not, then small, screw-on feet on the base can be used to level things out. The motorised lens assembly is handy. It lets the user adjust focus, zoom and lens shift easily through the use of the simply laid out, backlit remote handset.

The Sony’s set-up menus are easy to use, though as with any top-end projector, there are plenty of picture settings to adjust before you get going. It takes a good few hours to get this just right, and we preferred most of the dynamic contrast, colour, noise and motion settings either on a low setting or off altogether.

It’s very easy to get a picture that looks impressive, but far more time consuming to achieve a natural and convincing balance. Of course, at this price level we’d expect the dealer to take care of the installation.

4K material is scarce right now. We had two short clips of video: an animated scene from Sintel and the other a live action piece called Mystic India.

The computer you see in the picture below is what Sony left with us to view the aforementioned two short clips (around three mins each) of 4K film it had to offer. At this moment that’s pretty much all the 4K video material available to us.

Of course, availability should improve, but unlike with Blu-ray, and DVD before it, the industry (both hardware and software) doesn’t seem to have a solid plan on how to package or sell the content to the consumer. If it happens, and we hope it does, we suspect it’ll be after years – rather than months – of waiting.

The vastly bigger files – the uncompressed raw digital data of a two hour film in 4K would have to be stored on around 114 dual layer (50GB) Blu-ray discs – means that the physical media doesn’t exist to package a film in a way we could buy easily.

Downloading is the likely option, but with current speeds of transfer still not really up to the task a film could take many hours, or even days, to download. Not ideal.

However, even from this limited choice there’s no denying that well-produced 4K material looks stunning. The level of clarity is spellbinding, and even if you get up close to the screen it’s very hard to see the picture break up or even the individual pixels.

Edge definition is as crisp as you like, and though it was hard to judge from the content available, picture noise seemed very low. We’re not wholly taken with the projector’s handling of fast motion with these recordings, but this lack of fluidity could easily have been because of the limitations of the computer used as source.

Move onto Blu-ray and the good news continues. Watching Brad Pitt in Moneyball shows the VPL-VW1000ES to have a natural colour palette and a crisp way with definition. There’s an impressive degree of insight here, made all the more remarkable when you consider the substantial amount of upscaling the projector has to do from the original picture.

Picture noise is held at a low level and that impressive contrast ratio makes itself felt in the darker scenes where the Sony manages to convey bright whites without diluting the depth of darker areas of the picture.

The best conventional projectors at around half the money deliver a slightly subtler picture, but there isn’t a massive amount in it.

The story with 3D is positive. The transmitter is built-in and Sony supplies two pairs of glasses with this projector.

Trying a range of films from the animated action of Tintin to the fast-moving Closer to the Edge docmuentary about the Isle of Man TT races, this projector delivers a pleasingly rewarding image. There are slight issues with motion stability with fast movement, but on the whole the results are extremely watchable.

Upscaling DVD’s 720 x 576 pixels to full 4k2k resolution is a massive challenge: DVD contains around 5 per cent of the information of 4K/2K, but on the whole the VPL-VW1000ES does reasonably well, though noise levels and motion artefacts are readily noticeable.

A display device such as this really should only be used with Blu-ray discs or better.

Value for money doesn’t really come into it with this product. It’s the first 4k2k projector we’ve reviewed and, if you want something with this capability, there isn’t much choice out there.

While there’s no denying 4k images look stunning, we can’t help but point to the lack of available material and the fact that, if it happens at all, it'll take years before the films you want to watch will be readily available in such a format.

For the moment at least the VPL-VW1000ES remains an admirable and fascinating piece of technology, even if it's a product without a true purpose.