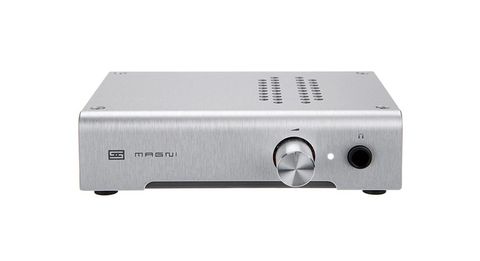 Want a simple, affordable, great-sounding headphone amp? This is it

But it’s a name that has, along with some well-received products, helped the company attract a growing following of enthusiastic fans. We’ve wanted to get some Schiit products (feel free to chuckle the first few times) at What Hi-Fi? for some time, and we’re glad we did.

The US company (it’s not a German family name, as the official website jokingly makes clear) makes a range of amplifiers and DACs, with an emphasis on products for headphones.

The Magni 3 is the most affordable dedicated amplifier in the company’s portfolio, and sits beneath creatively-named products such as the Vali 2, Asgard 2 and Valhalla 2, right up to the Mjolnir 2 at £750. There are plenty of headphone amp and DAC combinations, too, starting from as little as £50 (the Fulla).

Lots of products, then, and also plenty of pedigree. The founders of Schiit Audio cut their teeth at serious AV companies in the US, including Theta and Sumo, so have plenty of practice when it comes to engineering amplifiers large and now small.

The products are designed and made in the US, with the ‘vast majority’ of parts sourced from close to the company’s California base.

Schiit kit opts for simple, industrial designs and the Magni 3 is no different. There’s a brushed aluminium casing over what would otherwise be a basic, black box.

About the size of a chunky wallet, it will fit pretty much anywhere and looks smart enough next to a MacBook Pro.

It’s worth pointing out the oversized power plug needs some room, should your sockets be a little squeezed for space. The fascia looks clean with just a small logo, an elongated volume knob and the headphone connection.

A pattern of holes dotted on top allows the unit to breathe, which proves necessary as this Schiit runs pretty hot.

That clean front means most of the action is around the back. This comes in the shape of one stereo RCA input and one output, plus two old school toggle switches – one for power, one for hi/lo gain (17 or 6db). That analogue output tells you this headphone amp can also act as a preamp, allowing you to connect straight to a pair of powered speakers.

If you want the last word in build and design, or endless connectivity options, this isn’t for you. But for an affordable headphone amp, we’re happy enough with what’s on offer here. After all, it’s mainly about how it sounds…

We haven’t tested a headphone amp this affordable for some time. Instead, we tend to see headphone amp and DAC combinations, such as the Cyrus SoundKey (£99) and Audioquest Dragonfly units (from £90).

So, rather than reaching straight for a direct competitor, as is our typical approach, we opt to just listen to the thing. After all, if it improves the sound quality from our MacBook Pro to a sufficient degree for just £110, it’s a winner, right?

Running a 3.5mm-to-RCA cable from the audio out on the laptop to the Magni 3, we plug in a pair of Grado SR325e headphones and warn anyone within earshot (they’re a bit leaky).

Tidal’s Masters Essentials playlists are a good place to head for a selection of MQA hi-res audio tracks and sitting back to listen we find ourselves instantly drawn into the music.

The Schiit Audio sound is, it soon becomes apparent, a very easy listen. There’s no harshness or edginess at the top of the frequency range, bass notes are bedded in nicely without being overbearing, and vocals are placed precisely where they should be.

The reverb and timbre of the drums on Counting Crows’ Anna sound jangly and ragtag as is the band’s wont. Donny Hathaway’s Valdez In The Country demonstrates there are no issues with timing, the track sounding perfectly in control throughout every elaborate twinkle of keys.

Again, the beautifully clean balance of the sound is to the fore. Ben Harper’s Oppression is an explicit example of this overall smooth solidity – but the crack of the occasional rim shot still punches through the track as it should.

You can get plenty of grunt from this amp, too. Soundgarden’s Superunknown is given the drive and attack the grind of guitars demands, while the vocals soar across the sonic spectrum, revealing an admirable handling of dynamics.

More of an electronic music fan? The crispy drums and bubbling bass of Butch’s Countach are handled just as confidently through the Magni 3, the track tapping along at an infectious pace.

You might lose a little in terms of ultimate fidelity but that’s more than compensated for by the well-balanced, musical sound. We just enjoy listening to music more when it’s fed through this box.

Experimenting with headphones from Audeze, Grado and Sennheiser, it’s clear, once you’ve made any gain adjustments, that it’s a versatile sound too.

Schiit by name, really rather good by nature. This is a simple but effective, desktop-friendly slice of hi-fi.

If you’re a regular headphone user, and you’ve spent a few quid on a decent pair of cans, we’re sure you’d enjoy the Magni 3.