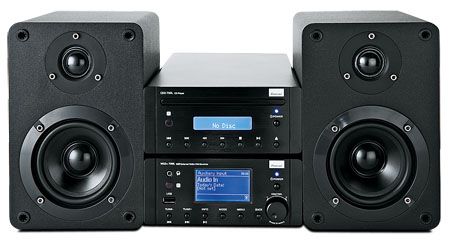 The WMH-700L is decent, and with a little more development it could be great

Sansui is marking its return to the UK with the release of a whole raft of new hi-fi products, including this WMH-700L two-box micro system comprising a CD player as well as a receiver that can also stream files over a network. The well turned out speakers are included as standard.

We’ll go into the tech in a bit, but first let’s jump straight in with a CD. The Sansui WMH-700L excels here, with a clear and punchy sound work that works well with the likes of Alicia Keys’ The Diary Of…

There’s decent bass, and rhythmically things hang together well. For a product of this type there’s a good degree of insight into recordings, too.

Sansui WMH-700L: Audio streaming
Stream uncompressed content and the sound loses some solidity. It remains an enjoyable experience though, with the Sansui producing pleasing sounds through a whole range of music. The receiver’s file support is decent (WAV, FLAC, AAC and MP3 are all catered for) up to 24-bit/48kHz.

The DAB and FM radio tuners are about par for the course, though FM was a little noisier than we’d hope for. Radio, as always, needs a good signal to work well.

The receiver (but oddly not the CD player) can be controlled with Sansui’s free iOS Libretto app – an Android version is due in June. It works fairly rapidly for the most part but isn’t wholly logical in use.

Sansui WMH-700L: Poor remote controlWe’re no fans of the conventional remote, either. It’s a poor effort crammed full of small buttons that feel a bit vague. It doesn’t help matters that the system’s control software isn’t as intuitive or robust as it could be, either.

There were occasions when it 'hung' while using the network functions and emitted the odd buzz when switching between the streamer and line level inputs.

It’s a shame, because this micro sounds rather good. If Sansui sorts out the usability, the WMH-700L’s sonic performance is good enough to worry established competition.