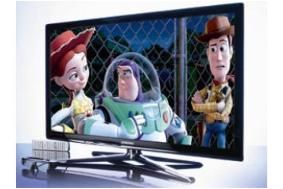 From today, all Virgin Media customers with a Virgin V or V+ HD set-top box, 3D TV and 3D glasses will be able to watch new 3D on-demand content.

Following successful tests of 3D technology on its fibre optic cable network and after months of public demonstrations in Virgin Media stores, the company is now starting to offer a selection of 3D films and TV programmes as part of its on-demand TV service.

At the same time, Virgin has announced an exclusive 3D TV partnership with Samsung, whose TVs will feature in Virgin stores across the UK. Sky has done a similar deal with LG.

Today's launch of Virgin 3D Movies on Demand, powered by FilmFlex, "will provide a taste of things to come for our customers as the company looks to complement its 3D on-demand service with more movies and shows", says Virgin.

Cindy Rose, executive director of digital entertainment at Virgin Media, says: "As we've already seen with the take-up of high-definition programmes, viewers are continually looking for new ways to experience their favourite shows, and with the addition of 3D on Demand, they will be able to watch eye-popping films whenever they want."

To mark the launch of its 3D service, Virgin will today make Brit flick StreetDance available in 3D for £5.99 for a 24-hour rental. This will be followed by Garfield's Pet Force 3D (October), Disney's A Christmas Carol 3D (November), Step Up 3D (December) and Despicable Me 3D in early 2011.