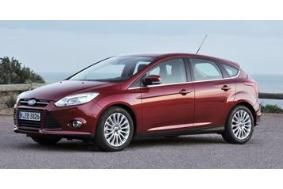 Ford is set to phase-out in-car CD players and instead push customers in to accessing music via USB or Bluetooth.

The new Ford Focus, which will ship with DAB, will not include a multi-disc CD player, instead incorporating the company's new Ford Sync music system.

Interestingly, Ford claims the system will also operate as a wireless hotspot for up to five devices using your smartphone's internet connection. Theoretically – as Ford's press release shoehorns in to view – this could provide access to Cloud music services and do away with the need for any music storage device in your car.

“Ford will obviously continue to offer CD players while there is demand,” said Ralf Brosig, multimedia manager, Ford of Europe. “However, over time we expect customer preferences will lead us quickly into an all-digital approach to in-car audio entertainment.”

Ford has announced that all its new cars will come with DAB radios as standard from 2012.

The new Ford Focus has launched with DAB, and Ford has now followed this by promsing DAB across its range of new cars.

An industry-wide agreement to support DAB kicks-in in 2013.

Speaking to What Car?, Nigel Sharp managing director at Ford, said: "It is a looming issue, and we want to be well placed. The fact is that the Focus's radio is future-proofed now, whereas those in our competitors' cars aren't.

"The plan is to extend that across every Ford model in the next 18 months or so. There are technical issues to overcome because, for instance, traffic alerts are broadcast only in FM at the moment, but we are confident we can achieve our goal."

All versions of Ford's new Focus, on sale in March from £15,995, will come with a DAB radio as standard.

Ford has been championing DAB radio for a while now, and first started offering digital radios on its cars in 2008. Initially DAB was an optional extra on the Focus, C-MAX and Kuga. It became standard on all new C-MAX models from November 2010.

For 2011, Sony DAB radios will come as standard on the Focus Edge, Zetec, Titanium and Titanium X models, which also get Bluetooth and USB connectivity.

"Our new Sony DAB systems provide the same listening quality in your car, with less interference than AM and fM broadcasts and a choice of additional stations," says Ford.

Although many car manufacturers now offer digital radio as a cost option, not many are fitted with DAB as standard.

The Coalition government has said it will support the move from FM to DAB, but is more cautious than the previous Labour government about committing itself to switchover to DAB radio by 2015, not least because of the 30 million cars on the road that would need their radios converting.