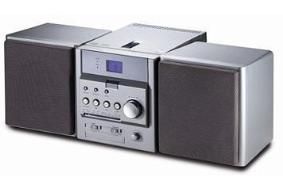 According to the Mail Online, shoppers have voted a Tesco Value MC-907 micro system costing £16.49 as "Britain's best-loved hi-fi".

Apparently reviews from thousands of shoppers gave it a higher score than more upmarket models from big-name brands costing hundreds of pounds.

The Tesco MC-907 (pictured) was voted top hi-fi in the Reevoo Customer Choice Awards 2009, after receiving an average rating of 9.3 out of ten by those who bought it.

Your £16 buys you a CD player and AM/FM radio with stereo speakers.

Right, looks like we'd better pop down to Tesco then. A sub-£20 micro system Supertest anyone?