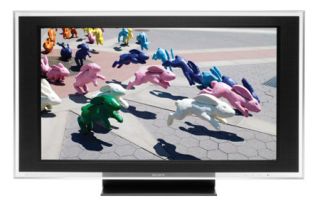 UK PR Manager, B2B and Essentials, David Edwards, has provided us with a statement saying that 'We have recently become aware of a potential issue affecting a very limited number of BRAVIA LCD TV models available for purchase in Europe since June 2007'.

It goes on 'The issue came to our attention through reports in Japan that a limited number of products might contain a component affected by a quality issue, which in a rare number of cases might over-heat and ignite inside the television and possibly result in the melting of the upper casing of the television

'To date, there have been no reports of any damage to other property or physical injuries.

'However, as part of our ongoing commitment to customer service and satisfaction, and as a precaution, Sony is voluntarily initiating a programme to perform a free inspection and, if necessary, a free repair to reassure you that these products meet your expectations of our high standards for quality and safety.

If you own one of the products mentioned above, we invite you to contact your nearest Service Centre to arrange an inspection of your Bravia TV.'

Previously news organisations including the BBC, Reuters, Bloomberg and Sky News had covered the recall, saying that Sony had been instructed by Japan's Trade Ministry to initiate the process, and quoting a Sony Japan spokeswoman, Yuki Shima, as saying that a faulty component in the backlight systems may be the source of overheating that can melt the top of the television.

We are seeking further clarification.

POSTED 10.23am 12.10.11
Sony is to recall 1.6 million LCD TVs worldwide after reports that faulty components were causing parts to melt.

The recall will affect TVs manufactured in 2007 and 2008, and mainly sets sold in Europe and the US.

If you have one of the affected sets, Sony suggests you take it to your nearest Sony Centre for a free inspection and if necessary a free repair.

The original incidents occurred in Japan and Sony stresses there has been no damage to property or individuals.

Should anyone notice any strange noises, smells or indeed smoke, Sony suggests you turn your TV off and contact Sony immediately.

We are waiting to see if Sony will set up a specific hotline for this issue: in the meantime if you experience problems as described above, the Customer Service number is: 0844 8466 555.