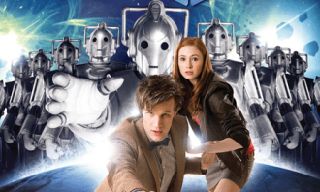 The BBC iPlayer has been an unqualified success, but not all broadcasters have agreed to offer the full on-demand service to their customers due to "unnecessarily restrictive" syndication rules.

BSkyB has been at loggerheads with the Beeb for four years over catch-up TV rights, but now it looks as if Sky's 10 million customers could soon be able to watch BBC programmes such as Strictly Come Dancing and Doctor Who on demand for the first time.

Following the publication by the BBC Trust today of more flexible guidelines on how the Corporation offers its content to rivals, BSkyB may finally have the opportunity to offer its satellite TV customers individual BBC shows, rather than an all-or-nothing iPlayer service.

Although Virgin Media has offered a full BBC iPlayer service since 2008, Sky baulked at such an arrangement, wanting its customers to access selected BBC content through its own Sky Anytime+ service.

Now the BBC Trust accepts a more flexible approach may be needed. While it believes it will "usually" be in the best interests of licence fee payers to be able to access BBC programming on other platforms "within a BBC 'environment' such as the iPlayer", it also says that "circumstances may occasionally arise that justify special arrangements that depart from this model".

It's hoped the revised guidelines will lead to a thaw in relations between the Beeb and BSkyB, leading to some sort of catch-up programming deal.

"We've taken on board what the industry told us earlier this year," says Diane Coyle, vice-chair of the BBC Trust. "Licence fee payers should be able to find BBC on-demand content available on lots of different platforms. I hope that we have reached a sensible way forward in this complicated area."