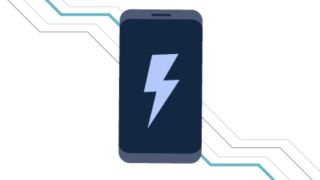 Need to leave the house in ten minutes but realised your phone is on four per cent battery? Everyone's been there. That's why Qualcomm's latest announcement is big - and welcome - news.

The San Diego company has just announced Quick Charge 5, which it claims is the fastest commercial charging technology for Android phones and devices. It should allow users to charge devices from 0 to 50 percent battery power in just five minutes.

Quick Charge 5 is supposedly 70 per cent more efficient than the company's previous solution, Quick Charge 4, which is supported in the likes of LG, Xiaomi and Razer smartphones.

Worried about your smartphone overheating from that sizable jolt of juice Qualcomm promises that while Quick Charge 5 powers up devices at blazing fast speeds, it also keeps extreme safety measures in mind. It also runs a claimed 10 degrees Celsius cooler than Quick Charge 4.

So how do you get it? There are two numbers to look out for when considering your next smartphone or portable music player purchase: Quick Charge 5 performance is being introduced in Qualcomm's newest premium tier power management integrated circuits (PMICs), Qualcomm SMB1396 and Qualcomm SMB1398. We can expect them to start appearing in devices later this year.