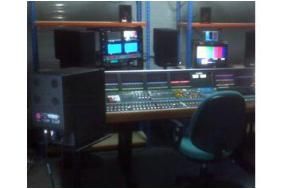 NEP Visions also chose PMC speakers, including the DB1s-A and the larger TB2S-A 5.1 monitoring systems, for the US broadcaster NBC.

NEP Visions head of sound, Paul Fournier, says: "We chose the PMC speakers for their clear, natural and unfatiguing character. Their compact size and weight were also very important in this situation, and they'll become part of NEP Visions' 'Fly Away' stock for future projects."