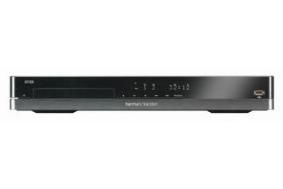 However, details have now reached us of the new AV products heading to the UK this summer, starting with the £600 BDP 10 Blu-ray player which is due in the shops later this month.

The BDP 10 is Profile 2.0 out of the box so supports BD-Live interactivity, upscales standard DVDs to 1080p, has 1080/24fps video resolution and plays MP3, WMA and DiVX files.

There's a USB input on the front panel, and round the back you'll find an Ethernet socket, one coaxial and one optical digital output, a stereo analogue output, composite video output and an HDMI 1.3a connection that handles all the high-definition audio codecs and PCM soundtracks.

EZSet/EQII auto set-up and room calibration is standard on both models, as is Harman Kardon's Bridge II iPod dock. You also get four HDMI inputs and one HDMI output.

Key differences on the AVR 760 are a higher power output – 7 x 85W against the AVR 660's 7 x75W – and a more up-to-date version of the Faroudja video processor/upscaler.