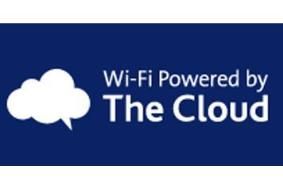 The software has an in-built hotspot locator, giving automatic connection to all Wi-Fi hotspots powered by The Cloud when in range. There's even a link to GoogleMaps, in order to provide a map and directions to your nearest 'cloud'.

Some of The Cloud's existing Wi-Fi hotspots include McDonalds, Marriot Hotels and Pret A Manger.

Steve Nicholson, CEO of The Cloud, said: "We have made Cloud Wi-Fi access as simple as we can.

The World Cup starts in June and we have other major sporting events on the horizon including the Olympics, so we anticipate increasing numbers of people will want TV quality media on their mobiles whilst on the move."

The app installs across multiple devices and platforms that share the same set of credentials, so users in the UK can enjoy the benefits of high speed Wi-Fi whether on their O2 iPhone, laptop or – eventually – iPad.